Norse America: The Story of a Founding Myth (Hardcover) 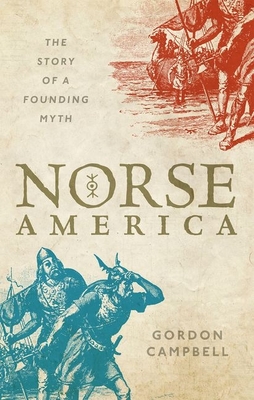 Gordon Campbell is Fellow in Renaissance Studies at the University of Leicester, and is a Fellow of the British Academy. In January 2012 he was presented with the Longman History Today Trustees Award (for lifetime contribution to history). He has authored and edited many books for OUP including TheOxford Dictionary of the Renaissance (2003); Renaissance Art and Architecture (2004); John Milton: Life, Work and Thought (2008; co-author); Bible: the Story of the King James Version, 1611-2011 R(2010); and IThe Hermit in the Garden: from Imperial Rome to Ornamental Gnome (2013). He most recentlyedited The Oxford Illustrated History of the Renaissance for OUP.

This feature require that you enable JavaScript in your browser.
END_OF_DOCUMENT_TOKEN_TO_BE_REPLACED

END_OF_DOCUMENT_TOKEN_TO_BE_REPLACED

This feature require that you enable JavaScript in your browser.
END_OF_DOCUMENT_TOKEN_TO_BE_REPLACED