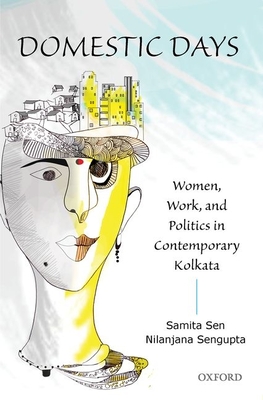 Maids have become an inseparable part of the daily lives of amiddle-classa urban households in India. Despite the fact that increasing numbers of poor women are joining this profession, very little has been written about them, especially the part-time domestic workers, each of whom services a
number of households at a time. They are not accorded their rightful status as workers either by the employers, their own families, the Government or traditional trade unions. Isolated in the privacy of employersa homes, the problem of recognizing their work or organizing them is the same as for
women isolated in their own homes. Another important reason is that most such women are rendered voiceless by their social location: unlettered; staying in aillegala settlements; migrants; working to survive; performing afemininea work both paid and unpaid, and both devalued. This book is therefore
about making the unheard heard. It draws from personal narratives of part time women domestic workers residing in two slum-settlements of Kolkata, who speak about their work, lives, dreams and despair. By moving between the workplace and the homes of the workers, this book makes a departure from
general accounts of labour and talks instead about labouring lives.

This feature require that you enable JavaScript in your browser.
END_OF_DOCUMENT_TOKEN_TO_BE_REPLACED

END_OF_DOCUMENT_TOKEN_TO_BE_REPLACED

This feature require that you enable JavaScript in your browser.
END_OF_DOCUMENT_TOKEN_TO_BE_REPLACED