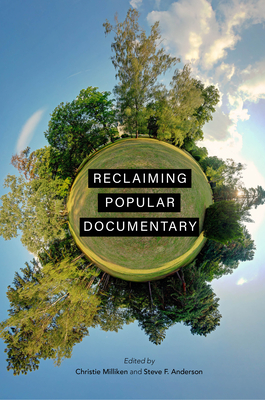 The documentary has achieved rising popularity over the past two decades thanks to streaming services like Netflix and Hulu. Despite this, documentary studies still tends to favor works that appeal primarily to specialists and scholars.

Reclaiming Popular Documentary reverses this long-standing tendency by showing that documentaries can be--and are--made for mainstream or commercial audiences. Editors Christie Milliken and Steve Anderson, who consider popular documentary to be a subfield of documentary studies, embrace an expanded definition of popular to acknowledge the many evolving forms of documentary, such as branded entertainment, fictional hybrids, and works with audience participation. Together, these essays address emerging documentary forms--including web-docs, virtual reality, immersive journalism, viral media, interactive docs, and video-on-demand--and offer the critical tools viewers need to analyze contemporary documentaries and consider how they are persuaded by and represented in documentary media.

Christie Milliken is Associate Professor in the Department of Communication, Popular Culture and Film at Brock University. She is author of journal articles and book chapters on sex education film and video, 1960s cinema, and AIDS video activism. Steve F. Anderson is Professor of Digital Media in the UCLA School of Theater, Film and Television and in the Department of Design Media Arts. He is author of Technologies of History: Visual Media and the Eccentricity of the Past and Technologies of Vision: The War Between Data and Images.

This feature require that you enable JavaScript in your browser.
END_OF_DOCUMENT_TOKEN_TO_BE_REPLACED

END_OF_DOCUMENT_TOKEN_TO_BE_REPLACED

This feature require that you enable JavaScript in your browser.
END_OF_DOCUMENT_TOKEN_TO_BE_REPLACED