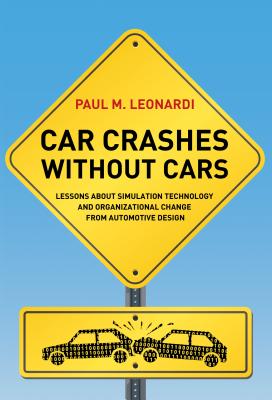 A novel theory of organizational and technological change, illustrated by an account of the development and implementation of a computer-based simulation technology.

Every workday we wrestle with cumbersome and unintuitive technologies. Our response is usually "That's just the way it is." Even technology designers and workplace managers believe that certain technological changes are inevitable and that they will bring specific, unavoidable organizational changes. In this book, Paul Leonardi offers a new conceptual framework for understanding why technologies and organizations change as they do and why people think those changes had to occur as they did. He argues that technologies and the organizations in which they are developed and used are not separate entities; rather, they are made up of the same building blocks: social agency and material agency. Over time, social agency and material agency become imbricated--gradually interlocked--in ways that produce some changes we call "technological" and others we call "organizational."

Drawing on a detailed field study of engineers at a U.S. auto company, Leonardi shows that as the engineers developed and used a a new computer-based simulation technology for automotive design, they chose to change how their work was organized, which then brought new changes to the technology.Each imbrication of the social and the material obscured the actors' previous choices, making the resulting technological and organizational structures appear as if they were inevitable.

Leonardi suggests that treating organizing as a process of sociomaterial imbrication allows us to recognize and act on the flexibility of information technologies and to create more effective work organizations.

This feature require that you enable JavaScript in your browser.
END_OF_DOCUMENT_TOKEN_TO_BE_REPLACED

END_OF_DOCUMENT_TOKEN_TO_BE_REPLACED

This feature require that you enable JavaScript in your browser.
END_OF_DOCUMENT_TOKEN_TO_BE_REPLACED