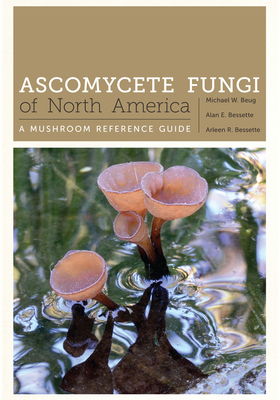 Approximately 75 percent of all fungi that have been described to date belong to the phylum Ascomycota. They are usually referred to as Ascomycetes and are commonly found and collected by mushroom enthusiasts. Ascomycetes exhibit a remarkable range of biodiversity, are beautiful and visually complex, and some, including morels and truffles, are highly prized for their edibility. Many play significant roles in plant ecology because of the mycorrhizal associations that they form. Thus it is remarkable that no book dedicated to describing and illustrating the North American Ascomycetes has been published in over sixty years. Filling the gap between technical publications and the limited representation of Ascomycetes in general mushroom field guides, Ascomycete Fungi of North America is a scientifically accurate work dedicated to this significant group of fungi. Because it is impossible to describe and illustrate the tens of thousands of species that occur in North America, the authors focus on species found in the continental United States and Canada that are large enough to be readily noticeable to mycologists, naturalists, photographers, and mushroom hunters. They provide 843 color photographs and more than 600 described species, many of which are illustrated in color for the first time. While emphasizing macroscopic field identification characteristics for a general audience, the authors also include microscopic and other advanced information useful to students and professional mycologists. In addition, a color key to the species described in this book offers a visual guide to assist in the identification process.

MICHAEL W. BEUG is a mycologist, environmental chemist, and Professor Emeritus at Evergreen State College. He is on the editorial board of Fungi magazine, and his mushroom photographs have appeared in over thirty books and articles. He is coauthor of Matc

This feature require that you enable JavaScript in your browser.
END_OF_DOCUMENT_TOKEN_TO_BE_REPLACED

END_OF_DOCUMENT_TOKEN_TO_BE_REPLACED

This feature require that you enable JavaScript in your browser.
END_OF_DOCUMENT_TOKEN_TO_BE_REPLACED