Gandhi's Search for the Perfect Diet: Eating with the World in Mind (Global South Asia) (Paperback) 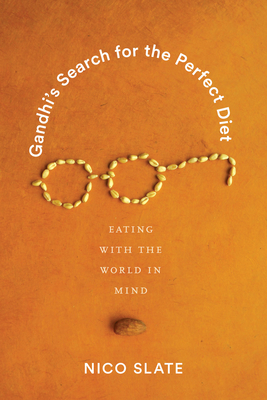 Mahatma Gandhi redefined nutrition as fundamental to building a more just world. What he chose to eat was intimately tied to his beliefs, and his key values of nonviolence, religious tolerance, and rural sustainability developed in tandem with his dietary experiments. His repudiation of sugar, chocolate, and salt expressed his active resistance to economies based on slavery, indentured labor, and imperialism.

Gandhi's Search for the Perfect Diet sheds new light on important periods in Gandhi's life as they relate to his developing food ethic: his student years in London, his politicization as a young lawyer in South Africa, the 1930 Salt March challenging British colonialism, and his fasting as a means of self-purification and social protest during India's struggle for independence. What became the pillars of Gandhi's diet--vegetarianism, limiting salt and sweets, avoiding processed food, and fasting--anticipated many twenty-first-century food debates and the need to build healthier and more equitable global food systems.

Nico Slate is professor of history at Carnegie Mellon University. He is the author of Colored Cosmopolitanism: The Shared Struggle for Freedom in the United States and India and editor of Black Power beyond Borders: The Global Dimensions of the Black Power Movement.

This feature require that you enable JavaScript in your browser.
END_OF_DOCUMENT_TOKEN_TO_BE_REPLACED

END_OF_DOCUMENT_TOKEN_TO_BE_REPLACED

This feature require that you enable JavaScript in your browser.
END_OF_DOCUMENT_TOKEN_TO_BE_REPLACED