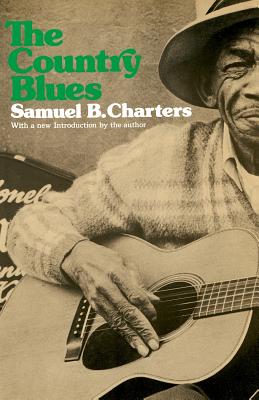 From the field cries and work chants of Southern Negroes emerged a rich and vital music called the country blues, an intensely personal expression of the pains and pleasures of black life. This music--recorded during the twenties by men like Blind Lemon Jefferson, Big Bill Broonzy, and Robert Johnson--had all but disappeared from memory until the folk music revival of the late 1950's created a new and appreciable audience for the country blues.On of the pioneering studies of this unjustly-neglected music was Sam Charter's The Country Blues. In it, Charters recreates the special world of the country bluesman--that lone black performer accompanying himself on the acoustic guitar, his music a rich reflection of his own emotional life.Virtually rewriting the history of the blues, Charters reconstructs its evolution and dissemination, from the first tentative soundings on the Mississippi Delta through the emergence, with Elvis Presley, of rock and roll. His carefully-researched biographies of near-legendary performers like Lonnie Johnson, Blind Boy Fuller, and Tampa Red--coupled with his perceptive discussions of their recordings--pay tribute to a kind of artistry that will never be seen or heard again. And his portraits of the still-strumming Sonny Terry, Brownie McGhee, Muddy Waters, and Lightnin' Hopkins--point up the undying strength and vitality of the country blues.

Samuel Charters is a musicographer, novelist, poet, and producer of jazz and blues records who for many years has also been seriously interested in every aspect of black music. His book, The Country Blues, was the first to be published on the subject. He began making field recordings in the South in the early 1950s and has subsequently produced many recordings, both of individual blues artists and of the musical backgrounds of the blues in the United States and the Caribbean. He has since extended his research and recording to West Africa. His other books include Jazz: A History of the New York Scene, The Blues Makers, and The Roots of the Blues.

This feature require that you enable JavaScript in your browser.
END_OF_DOCUMENT_TOKEN_TO_BE_REPLACED

END_OF_DOCUMENT_TOKEN_TO_BE_REPLACED

This feature require that you enable JavaScript in your browser.
END_OF_DOCUMENT_TOKEN_TO_BE_REPLACED