The Latin Beat: The Rhythms And Roots Of Latin Music From Bossa Nova To Salsa And Beyond (Paperback) 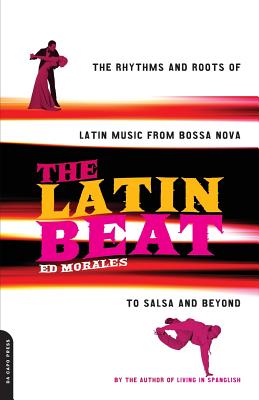 The Latin explosion of Marc Anthony, Ricky Martin, and the Buena Vista Social Club may look like it came out of nowhere, but the incredible variety of Latin music has been transforming the United States since the turn of the century, when Caribbean beats turned New Orleans music into jazz. In fact, we wouldn't have any of our popular music without it: Imagine pop sans the mambos of Perez Prado and Tito Puente, the garage rock of Richie Valens, or even the glitzy croon of Julio Iglesias, not to mention the psychedelia of Santana and Los Lobos and the underground cult grooves of newcomers like Bebel Gilberto. The Latin Beat outlines the musical styles of each country, then traces each form as it migrates north. Morales travels from the Latin ballad to bossa nova to Latin jazz, chronicles the development of the samba in Brazil and salsa in New York, explores the connection between the mambo craze of the 1950's with the Cuban craze of today, and uncovers the hidden history of Latinos in rock and hip hop. The Latin Beat is the only book that explores where the music has come from and celebrates all of the directions it is going.

Ed Morales is the author of Latinx, The Latin Beat, and Living in Spanglish. His work has appeared in Rolling Stone, The New York Times, The Village Voice, The Washington Post, The Los Angeles Times, The Guardian, and The Nation, among other national publications. He has also appeared on numerous television programs, and is currently an adjunct professor at Columbia University's Center for the Study of Ethnicity and Race. He lives in New York City.

This feature require that you enable JavaScript in your browser.
END_OF_DOCUMENT_TOKEN_TO_BE_REPLACED

END_OF_DOCUMENT_TOKEN_TO_BE_REPLACED

This feature require that you enable JavaScript in your browser.
END_OF_DOCUMENT_TOKEN_TO_BE_REPLACED