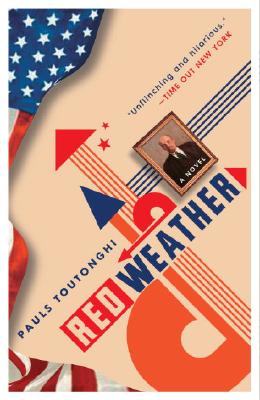 The setting is Milwaukee, Wisconsin if not America's heart, then at least its liver home to an array of breweries and abandoned factories and down-on-their-luck Eastern European immigrants. The year is 1989.
Revolutions are sweeping through the nations of the Eastern Bloc. Communism is unraveling. And nobody feels this unraveling more piquantly than Yuri Balodis a fifteen-year-old first-generation American living with his Latvian-immigrant parents in Milwaukee's Third Ward.
It's a turbulent time. And when Yuri falls in love with Hannah Graham the daring daughter of a prominent local socialist chaos ensues. Within weeks, Yuri is ensnared by both Hannah and socialism. He joins the staff of the "Socialist Worker." He starts quoting Lenin and Marx indiscriminately.
His parents, of course, are horrified and deeply saddened. They try to educate him, to show him why, in their opinion, communism has ruined so many lives. But Yuri is stubborn. And his ideological betrayal will have more serious consequences than breaking his parents hearts.
"Red Weather" is by turns funny and bittersweet, tinged with a rueful comic sense that will instantly remind you of the absurd complications of love. Pauls Toutonghi's stunning debut novel is at once reminiscent of Michael Chabon's "The Mysteries of Pittsburgh" and Khaled Hosseini's "The Kite Runner."

"From the Hardcover edition.

Pauls Toutonghi is a first-generation American. He has been awarded a Pushcart Prize, and his writing has appeared in "Sports Illustrated," "Zoetrope," "One Story," and the "Boston Review." He lives in Brooklyn. "From the Hardcover edition."

“Pauls Toutonghi is such an original, it seems almost blasphemous to try comparing him to others, but here goes: Gary Shteyngart meets David Sedaris meets Frank McCourt. In other words, he’s whip-smart and hilarious and Red Weather is a guaranteed knockout.” —Darin Strauss, author of Chang and Eng

“Pauls Toutonghi’s vibrant first novel, lyrical and rich in human insight, celebrates the essential experience of the first-generation American, whose struggle for full nativeness is always joined within the dizzying, tragic, and exuberant campaign to become an adult.” —Ken Kalfus, author of The Commissariat of Enlightenment

“Pauls Toutonghi’s humor is imbued with a rare generosity of spirit. And, with his debut novel, he has written a moving and entertaining love letter to youth, to family, to his heritage, and, perhaps most important, to Milwaukee, a city that is woefully underrepresented in contemporary fiction.” —Adam Langer, author of Crossing California

“Red Weather introduces a wonderful new character to the world of fiction—Rudolfi Balodis—a hero, a thief, an ex-communist, an alcoholic, a janitor, a Latvian, a singer of the blues, and above all else a father. Pauls Toutonghi skillfully develops this comic tale of immigrants in Milwaukee into a first-rate novel about the conflicts, love, and ultimate understanding between fathers and sons. I laughed, I cried, I ate borscht.” —Hannah Tinti, author of Animal Crackers

This feature require that you enable JavaScript in your browser.
END_OF_DOCUMENT_TOKEN_TO_BE_REPLACED

END_OF_DOCUMENT_TOKEN_TO_BE_REPLACED

This feature require that you enable JavaScript in your browser.
END_OF_DOCUMENT_TOKEN_TO_BE_REPLACED