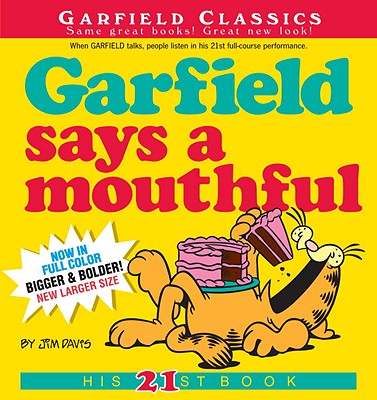 This is book number 21 in the Garfield series.

He's a simple cat. He enjoys long naps, big dinners, and watching Jon fall flat on his face. But whether he's setting a trap for the mailman, stalking the chips bag, or helping Jon discover his artistic side, Garfield knows what to do and he knows how to do it with style.

The GARFIELD CLASSICS series collects the early years of the Garfield comic strip in a larger, full-color format. Garfield may have gone through a few changes, but one thing has stayed the same: his enormous appetite for food and fun. So laugh along with the classic cat, because classics are always in style.

This feature require that you enable JavaScript in your browser.
END_OF_DOCUMENT_TOKEN_TO_BE_REPLACED

END_OF_DOCUMENT_TOKEN_TO_BE_REPLACED

This feature require that you enable JavaScript in your browser.
END_OF_DOCUMENT_TOKEN_TO_BE_REPLACED