Dream Brother: The Lives and Music of Jeff and Tim Buckley (Paperback) 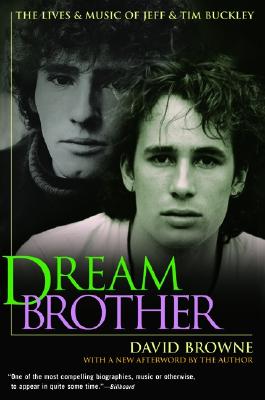 When Jeff Buckley drowned at the age of thirty in 1997, he not only left behind a legacy of brilliant music -- he brought back haunting memories of his father, '60s troubadour Tim Buckley, a gifted musician who barely knew his son and who himself died at twenty-eight. Both father and son made transcendent music that mixed rock, jazz, and folk; both amassed a cadre of obsessive, adoring fans.

This absorbing dual biography -- based on interviews with more than one hundred friends, family members, and business associates as well as access to journals and unreleased recordings -- tells for the first time the intriguing, often heartbreaking story of these two musicians. It offers a new understanding of the Buckleys' parallel lives -- and tragedies -- while exploring the changing music business between the '60s and the '90s. Finally, it tells the story of a father and son, two complex, enigmatic men who died searching for themselves and each other.

David Browne is the music critic for Entertainment Weekly and a former reporter for the New York Daily News. His articles on music and popular culture have appeared in Rolling Stone, the New York Times, Mojo, and other publications. A graduate of New York University's journalism program, be is the recipient of a 1996 Music Journalism Award for criticism. He lives in New York City.

This feature require that you enable JavaScript in your browser.
END_OF_DOCUMENT_TOKEN_TO_BE_REPLACED

END_OF_DOCUMENT_TOKEN_TO_BE_REPLACED

This feature require that you enable JavaScript in your browser.
END_OF_DOCUMENT_TOKEN_TO_BE_REPLACED