On Death and Dying: What the Dying have to teach Doctors, Nurses, Clergy and their own Families (Paperback) 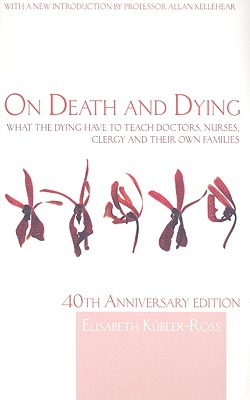 By Elisabeth Kübler-Ross
Email or call for price

Denial, anger, bargaining, depression and acceptance. The five stages of grief, first formulated in this hugely influential work forty years ago, are now part of our common understanding of bereavement. The five stages were first identified by Elisabeth K bler-Ross in her work with dying patients at the University of Chicago and were considered phases that all or most people went through, when faced with the prospect of their own death. They are now often accepted as a response to any major life change.

However, in spite of these terms being in general use, the subject of death is still surrounded by conventional attitudes and reticence that offer only fragile comfort because they evade the real issues. This groundbreaking book is still relevant - giving a voice to dying people and exploring what impending death means to them, often in their own words. People speak about their experience of dying, their relief in expressing their fear and anger and being able to move forward to a state of acceptance and peace.

Ideal for all those with an interest in bereavement or the five stages of grief, this book contains a new extended introduction from Professor Allan Kellehear. This additional chapter re-examines On Death and Dying looking at how it has influenced contemporary thought and practice.

This feature require that you enable JavaScript in your browser.
END_OF_DOCUMENT_TOKEN_TO_BE_REPLACED

END_OF_DOCUMENT_TOKEN_TO_BE_REPLACED

This feature require that you enable JavaScript in your browser.
END_OF_DOCUMENT_TOKEN_TO_BE_REPLACED