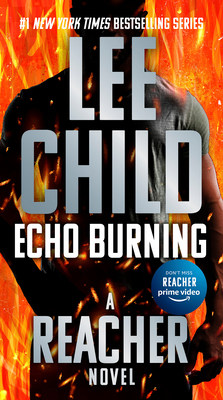 This is book number 5 in the Jack Reacher series.

Thumbing across the scorched Texas desert, Jack Reacher has nowhere to go and all the time in the world to get there. Cruising the same stretch of two-lane blacktop is Carmen Greer. For Reacher, the lift comes with a hitch. Carmen’s got a wild story to tell—all about her husband, her family secrets, and a hometown that’s purely gothic. She’s also got a plan. Reacher’s part of it. And before the sun sets, this ride could cost them both their lives.

LEE CHILD is a #1 bestselling author worldwide. His debut novel, Killing Floor, won two awards for best first mystery and was nominated for two more. Foreign rights in the Jack Reacher series have been sold in ninety-five countries. Child, a native of England, is a former television director. He lives in New York City, where he is at work on his next Jack Reacher thriller.

“The best mystery I have read all year.”—The Boston Globe

“A real dyed-in-the-wool hero…with a wicked sense of right and wrong. A story you can sink your teeth into.”—The Denver Post

This feature require that you enable JavaScript in your browser.
END_OF_DOCUMENT_TOKEN_TO_BE_REPLACED

END_OF_DOCUMENT_TOKEN_TO_BE_REPLACED

This feature require that you enable JavaScript in your browser.
END_OF_DOCUMENT_TOKEN_TO_BE_REPLACED