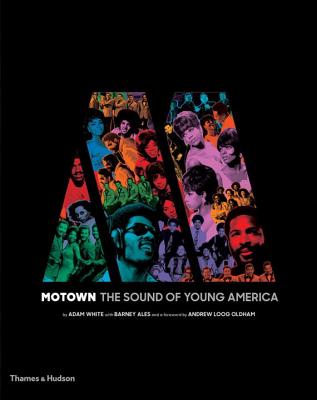 The official visual history of Motown, the legendary record label that brought us some of the greatest recording artists of all time—from Stevie Wonder, Diana Ross and Smokey Robinson to Marvin Gaye and The Jackson 5—and changed music forever

The music of Motown defined an era. From The Jackson 5 and Diana Ross to Stevie Wonder and Smokey Robinson, Berry Gordy and his right-hand man, Barney Ales, built the most successful independent record label in the world. Motown not only represented the most iconic recording artists of its time and produced countless global hits, it created a cultural institution that redefined pop, and gave us the vision of a new America: vibrant, innovative, and racially equal.

In this first official visual history of the label, new research, a dazzling array of images, and unprecedented access to the archives of the makers and stars of Motown lend new insight to the legend. In addition to extensive specially commissioned photography of treasures extracted from the Motown archives, as well as the personal collections of Barney Ales and Motown stars, Motown: The Sound of Young America draws on interviews with key players from the label’s colorful history, including Motown founder Berry Gordy, Barney Ales, Smokey Robinson, Mary Wilson, founding member of the Supremes, and many more.

Adam White, who scripted the Grammy-nominated radio documentary The Motown Story, was editor-in-chief at Billboard, and coauthored The Billboard Book of Number One Rhythm & Blues Hits. He was vice president of communications at Universal Music Group International from 2002 to 2012.

Barney Ales was Berry Gordy’s right-hand man. Ales rose to become Motown’s executive vice president and then served as its president from 1975 to 1978.

A lavishly illustrated, wonderfully written history of Motown. Balanced insider knowledge packed with fabulous photographs and album art that celebrates the record label that provided the soundtrack to exciting and changing times. Not to be missed, this is a book to get lost in. Fans should be dancing in the streets.
— Library Journal

Does an incredible job of examining just what happened in the building that housed America’s most influential record label. This beautifully packaged book holds a staggering amount of interviews with the label’s influencers and recording artists along with absolutely stunning photographs from all of the eras and iterations of Motown.
— BookPage

Thoroughly engaging… Packed with iconic photographs of Motown stars, plus album covers, posters, and so much more. Should land on music lovers’ Christmas lists.
— Hour Detroit

A visual history of the pride of Detroit, this book has behind-the-scenes photographs, album art, essential images and interviews with Motown legends that will have fans dancing in the street.
— Los Angeles Times

In the first official visual history of the label, new research and unprecedented access lend new insight to the legend.
— Billboard

With more than 1,000 color and black-and-white photographs, this 400-page history deserves an honored space on your coffee table--if you can tear yourself away from this meticulously documented saga of autoworker Berry Gordy's brilliant business strategies and knack for identifying a hit song.
— Downbeat

This feature require that you enable JavaScript in your browser.
END_OF_DOCUMENT_TOKEN_TO_BE_REPLACED

END_OF_DOCUMENT_TOKEN_TO_BE_REPLACED

This feature require that you enable JavaScript in your browser.
END_OF_DOCUMENT_TOKEN_TO_BE_REPLACED