The Royal Tenenbaums: A Screenplay (Paperback) 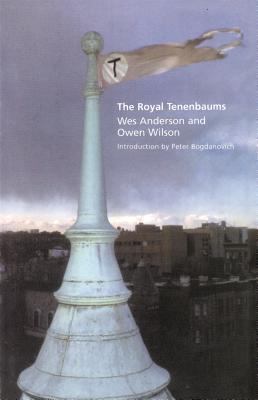 This is the screenplay for the acclaimed film, directed by Wes Anderson. There were three extraordinary children in the Tenenbaum family; Chas Tenenbaum (Ben Stiller) was a financial expert and started buying real estate in his early teens; Margot Tenenbaum (Gwyneth Paltrow) was an acclaimed playwright and won a Pulitzer Prize in the 9th grade; Richie Tenenbaum (Luke Wilson) was a champion tennis player ranked 2nd in the world by the age 17. They were brilliant. They were famous. They were unlucky enough to be the children of a man named Royal Tenenbaum (Gene Hackman). Now for the first time in 25 years, they're all living together under the same roof. After having largely gone their separate ways they're looking to mend fences—and themselves in the process.

Wes Anderson is the director and co-writer, along with Owen Wilson, of Bottle Rocket and Rushmore.

Owen Wilson is an actor and writer. He was nominated for an Academy Award for his work on the screenplay of The Royal Tenenbaums, but he is perhaps best known for his successful comedic roles such as John Beckwith in Wedding Crashers and as Hansel in Zoolander.

“Wes Anderson has only two previous features, Bottle Rocket (1996) and Rushmore (1999), but it's already clear that this 32-year-old writer-director possesses one of the freshest voices in American movies. His is a talent that Jean Renoir might have admired.” —Dave Kehr, The New York Times

“The Royal Tenenbaums speaks in its own singular voice: at once tender and probing, mindful of New York and its special mixture of grit and glory, but confident enough to mold it into a big, faded magic playhouse, a limitless extension of the Tenenbaum family's private universe. I've never seen moments like these in any other movie.” —Kent Jones, Film Comment

“Memorable . . . Charming . . . A strong imagination is at work in every part of the picture.” —Stuart Klawans, The Nation

This feature require that you enable JavaScript in your browser.
END_OF_DOCUMENT_TOKEN_TO_BE_REPLACED

END_OF_DOCUMENT_TOKEN_TO_BE_REPLACED

This feature require that you enable JavaScript in your browser.
END_OF_DOCUMENT_TOKEN_TO_BE_REPLACED