Closing the Slaughterhouse: The Inside Story of Death Penalty Abolition in Virginia (Paperback) 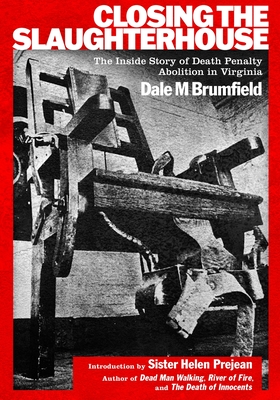 The death penalty was Virginia's longest continuing tradition, dating back to 1608 when Capt. George Kendall was shot for treason. Since then, Virginia has executed 1,390 people, more than any other state. This number includes 94 women, 736 enslaved people, and at least 16 children whose ages were verified between 11 and 17.

"Closing the Slaughterhouse" exposes the corruption and systemic racial bias of Virginia's death penalty. Virginia used capital punishment as legal lynching, wielding it primarily against Blacks in crimes against whites. In addition to the significant number of executions, between 1976 and 2017, Virginia streamlined the legal process, killing people twice as fast as other states.

On July 1, 2021, the former capital of the Confederacy became the first southern state to abolish the death penalty, led by a bipartisan coalition adopting a deliberate, bipartisan, and systematic approach. Abolition was the culmination of a tireless, decades-long effort to achieve this once unattainable goal, led by sometimes larger-than-life personalities, volunteers, non-profit organizations, and numerous others.

"Closing the Slaughterhouse" traces all 413 years of Virginia's death penalty.

This feature require that you enable JavaScript in your browser.
END_OF_DOCUMENT_TOKEN_TO_BE_REPLACED

END_OF_DOCUMENT_TOKEN_TO_BE_REPLACED

This feature require that you enable JavaScript in your browser.
END_OF_DOCUMENT_TOKEN_TO_BE_REPLACED