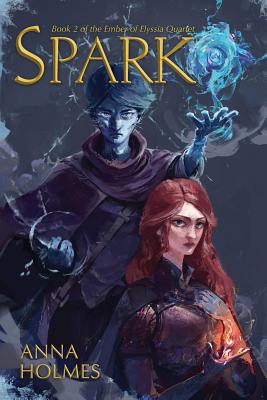 The Rosalian Legion made him a weapon. The Queen of Elyssia made him her Prince Consort. What he makes of himself is yet to be seen.

Caelin is Queen. The nation has settled into a more certain peace in the year since her coronation- until the night of her eighteenth birthday. A masked intruder interrupts her ball to take Alain captive, but before she gets the chance, his magic backfires. The only things investigating the phenomenon make clear: the abundant power at Alain's disposal is not natural, and it is barely under his control.

As the magical energy festers inside him, Rosalian actors move in secret to secure the resources suspected in his modification. An envoy has issued a threat barely disguised as a request for negotiation. Caelin faces mounting pressure to focus her energies on a potentially violent solution. To ward off more war and to save Alain's life, they take off on one more mad dash across the island to try to reconstruct what the Legion wreaked on him--before he's lost to them for good.