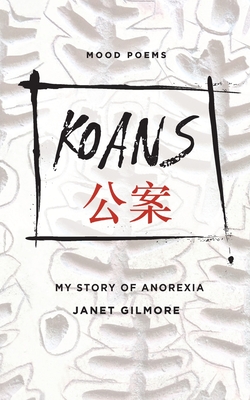 KOANS is the story of Janet Gilmore's six decade struggle with anorexia/bulimia as told through her essay and "mood" poetry that she used to express her state of being and yearning for health and peace. Her son arranged and edited KOANS from Janet's poetry, letters, and journaling and at 15-years old, Janet's granddaughter was moved to create illustrations to poems that particularly spoke to her.

Janet's writings about her lifelong struggle with anorexia from the 1940's through her loss with this battle in 2002 represents an incredibly raw and sincere look at an individual's experience with an eating disorder. It is our hope that by sharing these poems and illustrations, Janet's expression may provide some insight, empathy and understanding for those suffering from an eating disorder.