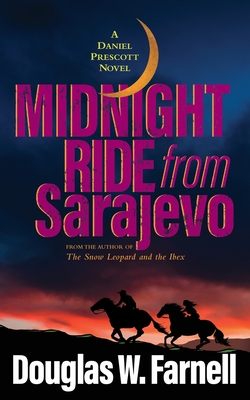 Seven years after he foiled a terrorist plot to hijack an airliner and blow up a Russian refinery, Daniel Prescott takes a much-needed holiday in Dubrovnik, Croatia, along with his strikingly beautiful partner, Arianna Reynolds. On their vacation the couple tries to revive their relationship which has been recently strained. But an evil Bosnian Warlord who has a penchant for attractive, young women to satisfy his narcissistic lifestyle, abducts Arianna along with a dozen Croatian women.

With the help of his friend, commander of a Balkan NATO contingent, Daniel joins a Black Ops Strike Team that plans to rescue the kidnapped women from the autocrat's clutches.

But their return to Croatia is stymied by a rapid response from the Warlord's militia using helicopter gunships to hunt down the fleeing victims who are forced to ride on horseback on a daring, cross-country trek, fraught with minefield danger.

Will Daniel succeed in rescuing Arianna and restoring their previous loving relationship? And will the Croatian women ever see the crystal-blue waters of their Adriatic homeland again?

This feature require that you enable JavaScript in your browser.
END_OF_DOCUMENT_TOKEN_TO_BE_REPLACED

END_OF_DOCUMENT_TOKEN_TO_BE_REPLACED

This feature require that you enable JavaScript in your browser.
END_OF_DOCUMENT_TOKEN_TO_BE_REPLACED