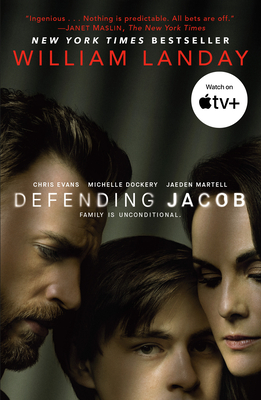 Andy Barber has been an assistant district attorney for two decades. He is respected. Admired in the courtroom. Happy at home with the loves of his life: his wife, Laurie, and their teenage son, Jacob. Then Andy’s quiet suburb is stunned by a shocking crime: a young boy stabbed to death in a leafy park. And an even greater shock: The accused is Andy’s own son—shy, awkward, mysterious Jacob.

Andy believes in Jacob’s innocence. Any parent would. But the pressure mounts. Damning evidence. Doubt. A faltering marriage. The neighbors’ contempt. A murder trial that threatens to obliterate Andy’s family. It is the ultimate test for any parent: How far would you go to protect your child? It is a test of devotion. A test of how well a parent can know a child. For Andy Barber, a man with an iron will and a dark secret, it is a test of guilt and innocence in the deepest sense.

How far would you go?

“A novel like this comes along maybe once a decade . . . a tour de force, a full-blooded legal thriller about a murder trial and the way it shatters a family. With its relentless suspense, its mesmerizing prose, and a shocking twist at the end, it’s every bit as good as Scott Turow’s great Presumed Innocent. But it’s also something more: an indelible domestic drama that calls to mind Ordinary People and We Need to Talk About Kevin. A spellbinding and unforgettable literary crime novel.”—Joseph Finder

“Defending Jacob is smart, sophisticated, and suspenseful—capturing both the complexity and stunning fragility of family life.”—Lee Child

“Powerful . . . leaves you gasping breathlessly at each shocking revelation.”—Lisa Gardner

“Disturbing, complex, and gripping, Defending Jacob is impossible to put down. William Landay is a stunning talent.”—Carla Neggers

William Landay is the author of the New York Times bestseller Defending Jacob; The Strangler, a Los Angeles Times Favorite Crime Book of the Year; and Mission Flats, winner of the Creasey Memorial Dagger Award for Best First Crime Novel and a Barry Award nominee. A former district attorney who holds degrees from Yale and Boston College Law School, Landay lives in Boston, where he is at work on his next novel of suspense.

This feature require that you enable JavaScript in your browser.
END_OF_DOCUMENT_TOKEN_TO_BE_REPLACED

END_OF_DOCUMENT_TOKEN_TO_BE_REPLACED

This feature require that you enable JavaScript in your browser.
END_OF_DOCUMENT_TOKEN_TO_BE_REPLACED