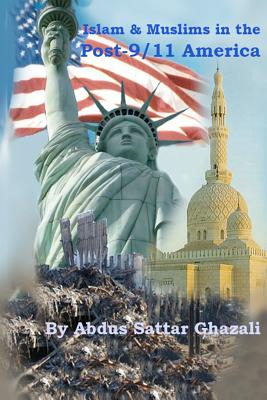 The book deals with the post 9/11 challenges and dilemmas faced by the seven-million strong American Muslim community in the aftermath of the 9/11 ghastly tragedy. This study also concentrates on the American Muslim respose to the post-9/11 situation when their civil rights have been abridged, their faith is under constant attack and they are virtually treated as second class citizens. After the Japanese attack on the Pearl Harbor, more than 110,000 Japanese Americans on the West Coast were imprisoned in 10 relocation camps in the United States. But after 9/11, the whole country is converted into a virtual detention camp for the Muslims in America by abridging their civil rights.

The author is a professional journalist, with Master's degree in Political Science from the Punjab University. Started his journalistic career with working in local newspapers in Peshawar, Pakistan. Served as a News Editor in the Daily News, Kuwait from 1969 to 1976. Joined the English News Department of Kuwait Television as a News Editor in December 1976. Retired in 1998 as the Editor-in-Chief of the Kuwait Television English News. Also worked as the correspondent of the Associated Press of Pakistan and the Daily Dawn, Karachi, in Kuwait. Also worked briefly as editorial writer in the Daily Dawn, Karachi. He is the author of Islamic Pakistan: Illusions & Reality (1996), Islam & the West in the Post Cold War Era (1999), Islam and Modernism (2000) and Hegemony of the Ruling Elite in Pakistan (2000). He has written extensively on the Middle East, South Asia and American Muslims which is published widely by the media in the Middle East, India, Pakistan and the United States. Currently working as free lance journalist, the Executive Editor of American Muslim Perspective (www.amperspective.com) and the Chief Editor of the Journal of America (www.journalofamerica.net)

This feature require that you enable JavaScript in your browser.
END_OF_DOCUMENT_TOKEN_TO_BE_REPLACED

END_OF_DOCUMENT_TOKEN_TO_BE_REPLACED

This feature require that you enable JavaScript in your browser.
END_OF_DOCUMENT_TOKEN_TO_BE_REPLACED