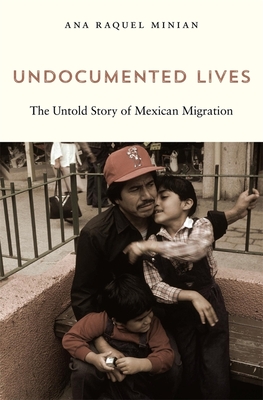 
"A deeply humane book."
--Mae Ngai, author of Impossible Subjects "Necessary and timely...A valuable text to consider alongside the current fight for DACA, the border concentration camps, and the unending rhetoric dehumanizing Mexican migrants."
--PopMatters "A deep dive into the history of Mexican migration to and from the United States."
--PRI's The World In the 1970s, the Mexican government decided to tackle rural unemployment by supporting the migration of able-bodied men. Millions of Mexican men crossed into the United States to find work. They took low-level positions that few Americans wanted and sent money back to communities that depended on their support. They periodically returned to Mexico, living their lives in both countries. After 1986, however, US authorities disrupted this back-and-forth movement by strengthening border controls. Many Mexican men chose to remain in the United States permanently for fear of not being able to come back north if they returned to Mexico. For them, the United States became a jaula de oro--a cage of gold. Undocumented Lives tells the story of Mexican migrants who were compelled to bring their families across the border and raise a generation of undocumented children.

This feature require that you enable JavaScript in your browser.
END_OF_DOCUMENT_TOKEN_TO_BE_REPLACED

END_OF_DOCUMENT_TOKEN_TO_BE_REPLACED

This feature require that you enable JavaScript in your browser.
END_OF_DOCUMENT_TOKEN_TO_BE_REPLACED