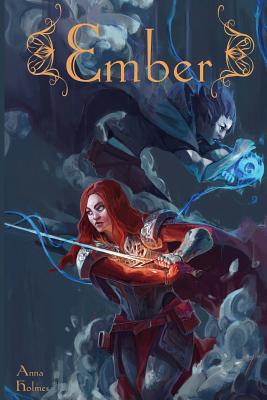 Princess Caelin is more accustomed to the battlefield than her cabinet room--and her advisors know it. The war is over. The island of Elyssia has been freed from the clutches of the Rosalian Legion, power restored to the island's monarchy. However, after leading the Resurgence from the front, Princess Caelin now finds herself sitting and waiting more often than not. When magical prodigy Alain Flynn breaks into her palace to kidnap her, she hears of a secret slave camp--and forms a plan. Under the guise of a kidnapping, she will investigate the camp, expose the secrets, and take control of the fate of her kingdom.

Ember is an adventure of magic and intrigue, of peril and acceptance, of discovery and forgiveness. After the rebellion is won, the world does not become instantly a better place.