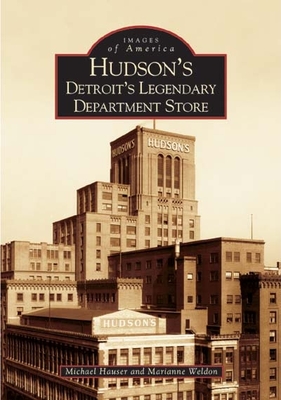 For over a century, the J.L. Hudson's Department Store was more than just a store - it was a Detroit icon and a world-class cultural treasure.

At 25 stories, Hudson's was the world's tallest department store, and was at one time home to the most exceptional offerings in shopping, dining, services, and entertainment. The store prided itself on stocking everything from grand pianos to spools of thread. In addition to regular department store fare, the original Hudson's store featured an auditorium, a circulating library, dining rooms, barber shops, a photo studio, holiday exhibits, a magnificent place called Toytown, and the world's largest American flag. As a legendary symbol of urban and entrepreneurial American history, the J.L. Hudson's Department Store earned a permanent place in Detroit's collective memory. Although "the big store" no longer graces Woodward Avenue, its legacy lives on in the hearts and minds of generations, and in the remarkable photographs that preserve its reign.

This feature require that you enable JavaScript in your browser.
END_OF_DOCUMENT_TOKEN_TO_BE_REPLACED

END_OF_DOCUMENT_TOKEN_TO_BE_REPLACED

This feature require that you enable JavaScript in your browser.
END_OF_DOCUMENT_TOKEN_TO_BE_REPLACED