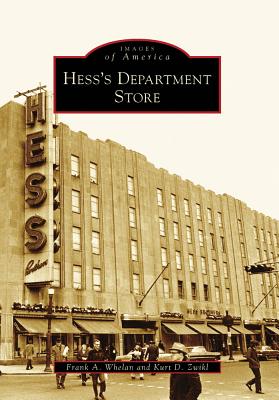 Hess's Department Store was a unique department store that with a combination of style and showmanship became a shopping legend for almost 100 years.

Founded in 1897 in Allentown by brothers Max and Charles Hess as a dry goods store, it became the downtown heart of Pennsylvania's third-largest city for much of the 20th century. The Hess family was from Germany, and it was Max Hess Sr. who realized the Germans in Pennsylvania had limited access to quality dry goods; with his sons' backgrounds in the retail industry, and a higher quality of merchandise, particularly Hess's French Room, filled with the most in vogue fashions from France. The department store entered its golden age under by Max Hess's son, a showman for merchandising who embraced the life of a department store mogul, living in a giant mansion and rubbing shoulders with celebrities such as Bob Hope and Zsa Zsa Gabor. From the single store in Allentown to more than 80 by the 1990s, it seemed that Hess's was unstoppable, but a national recession and increased retail competition would eventually sink the titan of Pennsylvania retail. Through a series of photographs, many from private collections and seldom seen, Hess's Department Store brings the glory days of Hess's to life again.

This feature require that you enable JavaScript in your browser.
END_OF_DOCUMENT_TOKEN_TO_BE_REPLACED

END_OF_DOCUMENT_TOKEN_TO_BE_REPLACED

This feature require that you enable JavaScript in your browser.
END_OF_DOCUMENT_TOKEN_TO_BE_REPLACED