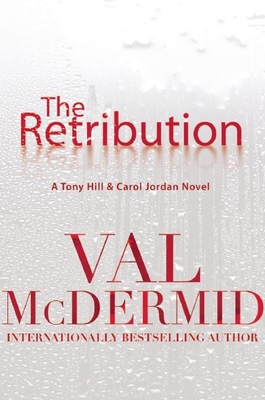 Val McDermid is a world-class crime writer whose books have sold millions worldwide. Now joining the Atlantic Monthly Press list for the first time, she is back with a chilling, high-velocity thriller featuring her immensely popular creations, clinical psychologist Dr. Tony Hill and detective Carol Jordan. Tony Hill has had a good run. He and detective Carol Jordan have put away scores of dangerous criminals at a rate that colleagues envy. But there is one serial killer who has shaped and defined their careers, and whose evil surpasses all others: Jacko Vance, ex-celebrity and sociopath whose brilliance and utter lack of remorse have never left Tony's mind in the ten years since his imprisonment. Now Jacko has escaped from prison--even more twisted and cunning than before, he is focused on wreaking revenge on Tony and Carol for his years spent in prison. Tony and Carol don't know when Jacko will strike, or where. All they know is that Jacko will cause them to feel fear like they've never known. A chilling, utterly gripping tour de force, The Retribution is the ideal introduction or re-introduction to the world of Tony Hill and Carol Jordan. It is an unforgettable read.

Praise for The Retribution

Val McDermid’s 25th novel is stunningly good, but it comes with a health warning. Not in the sense of too many detailed descriptions of violence or post mortem examinations, but in what she does in entering the mind of a wholly evil, exceptionally inventive serial killer of teenage girls. . . . Vance is a character in the exaggerated mould of the likes of Hannibal Lector and Lisbeth Salander, and his tussle with Hill and Jordan achieves grotesque, frightening proportions.”The Times (UK)

A gripping and well-written crime thriller. If you've been following McDermid's Hill/Jordon series, this new addition won't disappoint you. And if, like me, you're new to Val McDermid's work, The Retribution is a good introduction.”Paul Davis, The Philadelphia Inquirer

The novel’s deft prose, sprinkled with psychological insight and sparks of wit, makes it hard to turn away.”Shelf-Awareness (online)

[McDermid’s] writingremains taut and unflinching. . . . As in all her novels, McDermid creates a brooding tension that allows readers to get close to characters whose lives are about to be ripped apart.”Danuta Kean, The Independent (UK)

Superb. . . . The emotional wedge that the sadistic Jacko is able to drive between Tony and Carol makes this one of McDermid’s strongest efforts.”Publishers Weekly

Val McDermid . . . has done more to establish the British variant of the serial killer than anyone elseso successfully, indeed, that everyone else’s serial killers seem pale imitations . . . . McDermid handles the multiple viewpoints of this complex narrative with assurance. She flicks from crisis to crisis, constantly misdirecting her readers. She is brilliant at sensational set-pieces . . . and Hill and Jordan have a psychological depth that's rare in crime fiction. . . . She also has the ruthless psychological scalpel that forms part of the equipment of all good novelists, whatever their genre. And, fortunately for us, she knows just how to use it.”Andrew Taylor, The Guardian (UK)

The villain in the seventh thriller in the Tony Hill series . . . is like a slowly growing tsunami that finally spends its fury on the inhabitants of the shore. . . . As usual, McDermid shifts point-of-view deftly, moving from Jacko’s plans for escape and then retribution to Hill’s and Carol’s thoughts on how to outwit and outrun him. . . . For those who like script-like prose with shock after shock . . . McDermid is perfect.”Connie Fletcher, Booklist

McDermid is such a central figure in British crime fiction that it is hard to imagine a time when she was not.”David Robinson, The Scotsman (UK)

McDermid has made the transition from enfant terrible to grande dame.”Nicholas Wroe, The Guardian (UK)

This feature require that you enable JavaScript in your browser.
END_OF_DOCUMENT_TOKEN_TO_BE_REPLACED

END_OF_DOCUMENT_TOKEN_TO_BE_REPLACED

This feature require that you enable JavaScript in your browser.
END_OF_DOCUMENT_TOKEN_TO_BE_REPLACED