Halibut on the Moon (Hardcover) 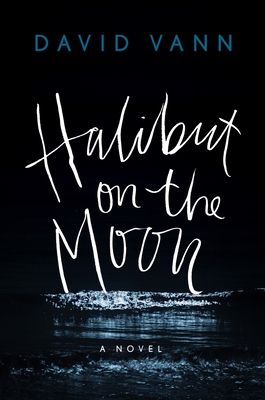 In his riveting new novel, internationally bestselling New York Times Notable author and Prix Medicis tranger-winner David Vann reimagines his father's final days. Halibut on the Moon traces the roots of mental illness in one man's life as he attempts to anchor himself to the places and people that once shaped his sense of identity. Middle-aged and deeply depressed, Jim arrives in California from Alaska and surrenders himself to the care of his brother Gary, who intends to watch over him. Swinging unpredictably from manic highs to extreme lows, Jim wanders ghost-like through the remains of his old life attempting to find meaning in his tattered relationships with family and friends. As sessions with his therapist become increasingly combative and his connections to others seem ever more tenuous, Jim is propelled forward by his thoughts, which have the potential to lead him, despairingly, to his end. Halibut on the Moon is a searing exploration of a man held captive by the dark logic of depression and struggling mightily to wrench himself free. In vivid and haunting prose, Vann offers us an aching portrait of a mind in peril, searching desperately for some hope of redemption.