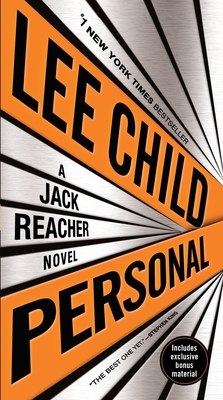 This is book number 19 in the Jack Reacher series.

“The best one yet.”—Stephen King

Someone has tried to kill the French president. How many snipers can shoot from three-quarters of a mile with total confidence? John Kott—a U.S. Army marksman gone bad—is one of them. After fifteen years in prison, he’s out . . . and there’s a G8 summit coming up, packed with enough world leaders to tempt any assassin.

If anyone can stop Kott, it’s the man who beat him before: Jack Reacher. And though he’d rather work alone, Reacher is teamed with rookie analyst Casey Nice. They’re facing a rough road, full of local thugs, double-crosses, and no backup if things go wrong. Reacher never gets too close. But this time it’s personal.

This edition includes the bonus short story “Not a Drill.”

“Reacher is the stuff of myth, a great male fantasy. . . . One of this century’s most original, tantalizing pop-fiction heroes . . . [Lee] Child does a masterly job of bringing his adventure to life with endless surprises and fierce suspense.”—The Washington Post

“Yet another satisfying page-turner.”—Entertainment Weekly

“Reacher is always up for a good fight, most entertainingly when he goes mano a mano with a seven-foot, 300-pound monster of a mobster named Little Joey. But it’s Reacher the Teacher who wows here.”—Marilyn Stasio, The New York Times

“If you like fast-moving thrillers, you’ll want to take a look at this one.”—John Sandford

“Child is the alpha dog of thriller writers, each new book zooming to the top of best-seller lists with the velocity of a Reacher head butt.”—Booklist

“Every Reacher novel delivers a jolt to the nervous system.”—Kirkus Reviews

This feature require that you enable JavaScript in your browser.
END_OF_DOCUMENT_TOKEN_TO_BE_REPLACED

END_OF_DOCUMENT_TOKEN_TO_BE_REPLACED

This feature require that you enable JavaScript in your browser.
END_OF_DOCUMENT_TOKEN_TO_BE_REPLACED