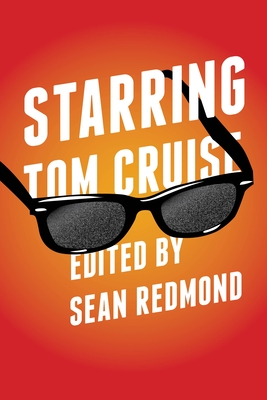 Starring Tom Cruise examines how Tom Cruise's star image moves across genres and forms as a type of commercial product that offers viewers certain pleasures and expectations. Cruise reads as an action hero and romantic lead yet finds himself in homoerotic and homosocial relationships that unsettle and undermine these heterosexual scripts. In this volume, editor Sean Redmond shows how important star studies is not just to understanding the ideological, commercial, and cultural significance of one star but to seeing how masculinity, ethnicity, sexuality, and commodity relations function in contemporary society.

The volume is divided into three parts. Part 1 explores the ways that Cruise's star image and performances are built on a desiring gaze, nearly always complicated by perverse narrative arcs and liminal character relationships. This section also explores the complex and contradictory ways he embodies masculinity and heterosexuality. Part 2 places Cruise within the codes and conventions of genre filmmaking and the way they intersect with the star vehicle. Cruise becomes monomythical, heroic, authentic, and romantic, and at the same time, he struggles to hold these formulas and ideologies together. Part 3 views Cruise as both an ageless totemic figure of masculinity who does his own stunts, as well as an aging star-his body both the conduit for eternally youthful masculinity and a signifier of that which must ultimately fail. These readings are connected to wider discursive issues concerning his private and public life, including the familial/patriarchal roles he takes on. Scholars writing for this collection approach the Cruise star image through various vectors and frames, which are revelatory in nature. As such, they not only demonstrate the very best traditions of close "star" textual analysis but also move the approach to the star forward. Students, scholars, and readers of film, media, and celebrity studies will enjoy this deep dive into a complex Hollywood figure.

Sean Redmond is professor of screen and design at Deakin University, Australia. He is the author of Celebrity, Liquid Space: Science Fiction Film and Television in the Digital Age, Celebrity and the Media, and The Cinema of Takeshi Kitano: Flowering Blood. He is the founding editor of Celebrity Studies, short-listed for best new academic journal in 2011

This feature require that you enable JavaScript in your browser.
END_OF_DOCUMENT_TOKEN_TO_BE_REPLACED

END_OF_DOCUMENT_TOKEN_TO_BE_REPLACED

This feature require that you enable JavaScript in your browser.
END_OF_DOCUMENT_TOKEN_TO_BE_REPLACED