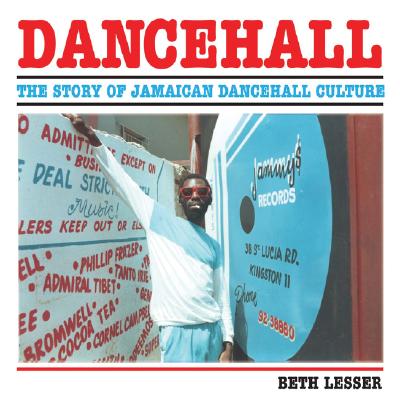 This definitive study of the 1980s Jamaican Dancehall scene features hundreds of exclusive photographs and an accompanying text that capture a vibrant, globally influential and yet rarely documented culture that has been mixing music, fashion and lifestyle with aplomb since its inception. With unprecedented access to the incredibly exciting music scene during this period, Beth Lesser's photographs and text are a unique way into a previously hidden culture.
Dancehall is at the center of Jamaican musical and cultural life. From its roots in Kingston in the 1950s to its heyday in the 1980s, Dancehall has conquered the globe, spreading to the USA, UK, Canada, Japan, Europe and beyond.
Dancehall is a culture that encompasses music, fashion, drugs, guns, art, community, technology and more. Many of today's global music and fashion styles can be traced back to Dancehall culture and indeed continue to be influenced by it today.
Born in the 1950s out of the neighborhood jams of Kingston, Dancehall grew to its height in the 1980s before a massive influx of drugs and guns made the scene too dangerous for many.
This jam-packed visual history and text tells the story from its roots to its heights from that rarest vantage of the true, respected insider. In the early 1980s, as Jamaica was in the throes of political and gang violence, Beth Lesser ventured where few others dared, and this book is a never-before-seen record of the exciting, dangerous and vibrant world of Dancehall.
Writer and photographer Beth Lesser lived in Jamaica in the late 1970s and early 1980s. Her previous book, King Jammy's (2002), a profile of the innovative Dancehall producer King Jammy, was described by Peter Dalton, co-author of The Rough Guide to Reggae, as "the one essential book on reggae." She currently lives in Toronto.

This feature require that you enable JavaScript in your browser.
END_OF_DOCUMENT_TOKEN_TO_BE_REPLACED

END_OF_DOCUMENT_TOKEN_TO_BE_REPLACED

This feature require that you enable JavaScript in your browser.
END_OF_DOCUMENT_TOKEN_TO_BE_REPLACED