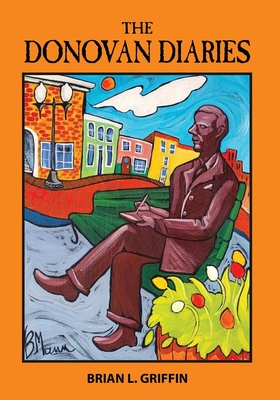 John Joseph Donovan was a man born of common clay who lived the American dream, rising to great heights of achievement, wealth, and community affection. Donovan lived a storied life illuminated in this fascinating book by the discovery of his diaries long hidden in an old steamer trunk in Sag Harbor, New York. This early American story reveals the remarkable life of the son of Irish immigrants. After fleeing the Irish potato famine, his family established a New England farm where JJ grew up and succeeded in the long journey to a college education. He then earned a civil engineering degree from Worcester Polytechnic Institute and was hired by the Northern Pacific Railroad to advance the line across the plains and over the Cascade mountains to the Salish Sea. Later in his career he facilitated the rise of a city and new industries on Bellingham Bay. Donovan was a man suited to the challenges and opportunities of his times, but equally important, he was an honest man of immense character, determination, and skill who left a legacy of civic accomplishment. This is also a great love story, an Irish Catholic boy and a New England Puritan girl struggling to overcome their religious and social differences.

Brian Griffin is a Bellingham Washington native. Born in 1932 at the old St. Joseph’s Hospital, he has lived most of his life on the city’s South Hill. Educated at the Campus School, Bellingham High School and Whitman College, he has enjoyed a life of rich and varied experiences. Shortly after the gunfire ceased in the Korean war, he arrived in Inchon as a Special Agent in the US Army’s Counter Intelligence Corps. Upon his return from Korea and his army discharge he married Marya Drew, his wife of 64 years, and joined his father Earle Griffin’s insurance business. During his 35 years as an Insurance Broker he helped to found Griffin Garrett Johanson & Schacht and The Unity Group. His business activities included being a founding partner in The Children’s Company, a large retailer of children’s goods, and creating Knox Cellars Native Bee Pollinators, introducing the Orchard Mason Bee to the nation. He has written three books about the natural world. The Orchard Mason Bee, Humblebee Bumblebee, and Beulah, his tale of a childhood experience with a pet crow. Long interested in history, The Donovan Diaries is his fifth local history book. The others are My Darling Anna, Boulevard Park, Treasures from the Trunk, and Fairhaven, A History. His civic activities include leading the movements to build the downtown Parkade, Fairhaven Village Green, and Depot Market Square. For many years he has narrated the Whatcom Museum’s Sunset History Cruises and remains an active docent at the museum. He was honored with the “Living Treasure“ award at the Mayor’s Arts Award ceremony in 2015. At 87, he can still be found on most days in his basement workshop crafting custom ukuleles that he sells worldwide through his website griffinukuleles.com.

This feature require that you enable JavaScript in your browser.
END_OF_DOCUMENT_TOKEN_TO_BE_REPLACED

END_OF_DOCUMENT_TOKEN_TO_BE_REPLACED

This feature require that you enable JavaScript in your browser.
END_OF_DOCUMENT_TOKEN_TO_BE_REPLACED