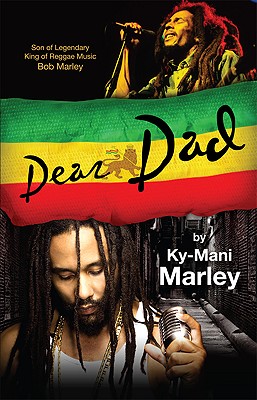 The Marley surname perpetuates Jamaican royalty, resonates from worldwide recognition and represents the pioneer of a cultural, political and social revolution.

In the near-thirty years since the death of the world's greatest reggae-music icon, music lovers, truth seekers, and a new generation of social-activists alike have flocked to the musical catalog of Bob Marley like new believers on a pilgrimage for soul inspiration. Though Marley's iconic life was cut short before his time, his legacy lives on as vibrantly as it did when he walked among us. This is not only true because of his timeless music, but because of the musical genius of the extraordinary children he left behind.

Born in Falmouth, Jamaica in 1976 as the tenth son of legendary reggae icon Bob Marley, Ky-Mani Marley discovered his musical talents late in life, rising to become an international music artist and film actor. Ky-Mani has not only written and performed songs of redemption around the world, like his famous father, but has lived and survived to recant his own personally redemptive story in the face of some very stark urban realities unbefitting any human, let alone a 'Marley.'

Dear Dad, is an arresting narrative of a son locked out of his iconic father's shelter for the first half of his life and forced to survive the poverty-stricken, predator-infested streets of one of Miami's most violent ghettos, Liberty City. Initially estranged from his siblings and cut off from any financial benefit of the Marley Estate, young Ky-Mani's gritty ascent from a bullet-riddled life to the world stages he now commands as a Grammy-nominated recording artist are chronicled in this gripping biography.

Today a dedicated father and family man traveling to all corners of the world, performing no less than 100 shows per year, Marley knew he d reached a plateau of transformation in his life when he was named 'Philanthropist of the Year' by the Prince Albert II of Monaco Foundation, Better World Awards.

His life is truly a 'redemption song.'

This feature require that you enable JavaScript in your browser.
END_OF_DOCUMENT_TOKEN_TO_BE_REPLACED

END_OF_DOCUMENT_TOKEN_TO_BE_REPLACED

This feature require that you enable JavaScript in your browser.
END_OF_DOCUMENT_TOKEN_TO_BE_REPLACED