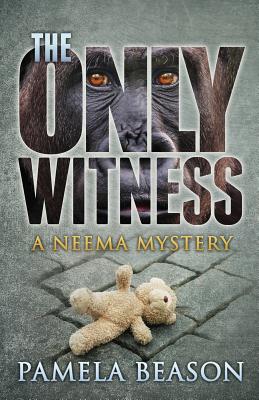 This is book number 1 in the Neema Mysteries series.

A MISSING BABY
Seventeen-year-old Brittany Morgan dashed into the store for just a minute, leaving her sleeping baby in the car. Now Ivy's gone and half the town believes Brittany murdered her daughter.

A HAUNTED DETECTIVE
Detective Matthew Finn, a big-city fish out of water in small-town Evansburg, Washington, struggles with his wife's betrayal as he investigates Ivy Morgan's disappearance. The clock is ticking and he can't find any witnesses.

AN UNUSUAL RESEARCH SUBJECT
Imaginative, manipulative, and volatile, with the intelligence of a five-year-old child, Neema knows enough sign language to invent jokes and insults. She can also hurl a grown man across the room. Neema is a gorilla.

A DISTRESSED SCIENTIST
After a psycho murdered one of her "talking" gorillas in Seattle, Dr. Grace McKenna relocated to the Evansburg area. Now, with the economy on the rocks and her funding cut, her beloved gorillas Neema and Gumu are in jeopardy. When Neema repeats a story of a crying baby, a cucumber car, and a snake, Grace realizes her gorilla is the only witness to whatever happened to baby Ivy.

Does Grace dare go public with Neema's sketchy clues? Can she afford not to?