I Am Margaret Moore: A Novel (Hardcover) 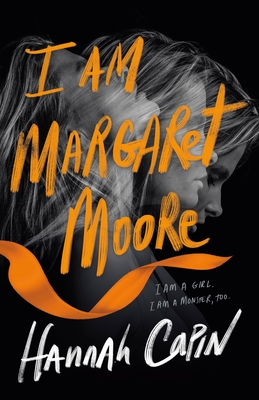 Lyrical and haunting, Hannah Capin's I Am Margaret Moore is a paranormal thriller that tests the hold of sisterhood and truth.

Each summer the girls of Deck Five come back to Marshall Naval School. They sail on jewel-blue waters; they march on green drill-fields; they earn sunburns and honors. They push until they break apart and heal again, stronger.

Each summer Margaret and Rose and Flor and Nisreen come back to the place where they are girls, safe away from the world: sisters bound by something more than blood.

Margaret’s friends vanish one by one, swallowed up into the lies she has told about what happened between her and a boy with the world at his feet. Can she unravel the secrets of this summer and last, or will she be pulled under by the place she once called home?
"Lyrical writing distinguishes this haunting summer camp thriller as an enthralling literary mystery with crossover appeal...[an] ingenious story about misogyny and power dynamics." - Publishers Weekly (starred review)

Hannah Capin is the author of Golden Boys Beware (originally published as Foul is Fair) and The Dead Queens Club. She lives in Tidewater Virginia.

CrimeReads, "The Most Anticipated Crime Fiction of 2022"

"For readers of E. Lockhart's We Were Liars (2014), this darkly compelling mystery will hit home." - Booklist

"Beautifully written and haunting, this will definitely appeal to those who enjoy a good mystery." - School Library Journal

"Capin returns with another gripping story of the ferocious power of female friendship in the face of boys’ callousness and systemic inequalities. A delicious, poetic thriller, it’s perfect for those who love a novel that hints at secrets instead of telling them." - The Bulletin of the Center for Children's Books

"[A] gorgeously written novel..." - CrimeReads, "A (Partial) List of YA Mysteries That Crime Readers Will Love"

"A hypnotic, spellbinding exploration of sisterhood, summer, and the secrets girls keep, both from others and themselves. With ethereal prose and razor-sharp insight, I Am Margaret Moore starts as a whisper and rages into a full-on scream." - Laurie Elizabeth Flynn, author of The Girls Are So Nice Here and All Eyes on Her

"Sinister, sultry, and steeped in rage, I Am Margaret Moore is like a classical tragedy remixed with a Lana Del Rey track. Capin’s signature poetic, pulse-pounding prose is just as indelible as the ferocious girls she writes about." - Layne Fargo, author of They Never Learn

"I read this book in four hours with a white knuckle grip on the cover. Capin's lush, lyrical prose will lure you in like a dark seduction, and leave you gasping for air as you frantically turn the pages, hunting for the devastating, explosive truth." - Kylie Schachte, author of You're Next

“A raging thunderstorm of a novel with velvet-rich prose that opens all the wounds of girlhood: haunting, heartbreaking, and at points utterly terrifying, you’ll feel this book deep within your bones long after it strikes.” - Julia Lynn Rubin, author of Trouble Girls

This feature require that you enable JavaScript in your browser.
END_OF_DOCUMENT_TOKEN_TO_BE_REPLACED

END_OF_DOCUMENT_TOKEN_TO_BE_REPLACED

This feature require that you enable JavaScript in your browser.
END_OF_DOCUMENT_TOKEN_TO_BE_REPLACED