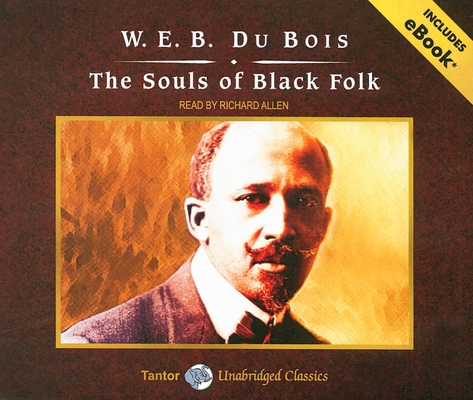 By W. E. B. DuBois, Richard Allen (Narrated by)
Email or call for price
Hard to Find

W. E. B. Du Bois was the foremost black intellectual of his time. The Souls of Black Folk, his most influential work, is a collection of fourteen beautifully written essays, by turns lyrical, historical, and autobiographical. Here, Du Bois records the cruelties of racism, celebrates the strength and pride of black America, and explores the paradoxical "double-consciousness" of African American life. When it was first published in 1903, The Souls of Black Folk quickly established itself as a work that wholly redefined the history of the black experience in America, introducing the now-famous "problem of the color line." In the decades since its publication, its stature has only grown, and today it ranks as one of the most influential and resonant works in the history of American thought.

W. E. B. Du Bois (1868-1963) was a writer, civil rights activist, scholar, and editor who brought fundamental changes to American race relations through his writings, speeches, and public debates.

Richard Allen is a five-time Audie-nominated narrator whose work has been acknowledged on the Best Audiobooks Lists for "Audiofile" and "Library Journal."