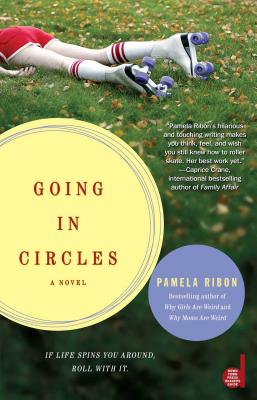 Charlotte Goodman has had enough surprises.

In fact, she reached her life’s quotient when her husband of five months walked out on her, only to abruptly change his mind a few weeks later and move back in. Stung by a whiplash of grief, resentment, and confusion, Charlotte calls a time-out, taking a small apartment where she can figure out what she wants. Instead, the thought of making even the simplest choices triggers an anxiety attack. In order to get out of bed in the morning, she must concoct a to-do list for each day, The Plan, one with absolutely no surprises.


“Without The Plan, horrible things can happen. I’m likely to end up sitting on a curb beside a taco truck on Sunset Boulevard, crying over a carne asada burrito, wondering where my marriage went. I can’t handle being the Weeping Burrito Girl.”

Charlotte knows all this self-absorbed introspection isn’t good for her, but she’s running out of people to turn to, as seemingly everyone in her life is pressuring her to make an immediate decision about her future. Then her new friend Francesca—an impulsive, smartass co-worker—offers Charlotte salvation in the unlikeliest of places: the fast-paced, super-tough, bump-and-bruise-filled world of roller derby.

Sure, it’s dangerous. Yeah, she could get hurt. But what’s a little physical pain when healing your soul is at stake? The question is: whether she’s on or off the track, will Charlotte be strong enough to stand on her own two feet?

Pamela Ribon is a bestselling author, television writer and performer.  A pioneer in the blogging world, her first novel, Why Girls Are Weird, was loosely based on her extremely successful website pamie.com.  The site has been nominated for a Bloggie in Lifetime Achievement, which makes her feel old. Ribon created the cult sensation and tabloid tidbit Call Us Crazy:  The Anne Heche Monologues, a satire of fame, fandom and Fresno.  Her two-woman show, Letters Never Sent (created with four-time Emmy winner and Jay Leno Show favorite Liz Feldman) was showcased at the 2005 HBO US Comedy Arts Festival in Aspen.  She has been writing in television for the past seven years, in both cable and network, including on the Emmy-award winning Samantha Who? starring Christina Applegate.  Using her loyal Internet fan base, Ribon sponsors book drives for libraries in need.  Over the years, pamie.com has sent thousands of books and materials to Oakland and San Diego, sponsored a Tsunami-ravaged village of schoolchildren, and helped restock the shelves of a post-Katrina Harrison County, Mississippi.  Ribon’s book drive can now be found at DeweyDonationSystem.org, which has sponsored libraries from the Negril School in Jamaica to the Children’s Institute in Los Angeles.

This feature require that you enable JavaScript in your browser.
END_OF_DOCUMENT_TOKEN_TO_BE_REPLACED

END_OF_DOCUMENT_TOKEN_TO_BE_REPLACED

This feature require that you enable JavaScript in your browser.
END_OF_DOCUMENT_TOKEN_TO_BE_REPLACED