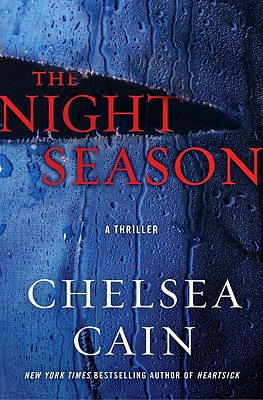 By Chelsea Cain, Christina Delaine (Read by)
$34.99
Email or call for price.

With the Beauty Killer Gretchen Lowell locked away behind bars once again, Archie Sheridan--a Portland police detective and nearly one of her victims--can finally rest a little easier. Meanwhile, the rest of the city of Portland is in crisis. Heavy rains have flooded the Willamette River, and several people have drowned in the quickly rising waters. Or at least that's what they thought until the medical examiner discovers that the latest victim didn't drown: She was poisoned before she went into the water. Soon after, three of those drownings are also proven to be murders. Portland has a new serial killer on its hands, and Archie and his task force have a new case.

Reporter Susan Ward is chasing this story of a new serial killer with gusto, but she's also got another lead to follow for an entirely separate mystery: The flooding has unearthed a skeleton, a man who might have died more than sixty years ago, the last time Portland flooded this badly, when the water washed away an entire neighborhood and killed at least fifteen people.

With Archie following the bizarre trail of evidence and evil deeds to catch a killer and possibly regain his life, and Susan Ward close behind, Chelsea Cain--one of today's most talented suspense writers--launches the next installment of her bestselling series with an electric thriller.

Chelsea Cain is the "New York Times" bestselling author of "Evil at Heart, Sweetheart," and "Heartsick." Both "Heartsick" and "Sweetheart" were listed in Stephen King's Top Ten Books of the Year in "Entertainment Weekly." Chelsea lived the first few years of her life on an Iowa commune, then grew up in Bellingham, WA, where the infamous Green River killer was "the boogieman" of her youth. The true story of the Green River killer's capture was the inspiration for the story of Gretchen and Archie. Cain lives in Portland with her husband and daughter.Christina Delaine is a successful audio book narrator who has voiced the works of several "New York Times" bestsellers such as Chelsea Cain and Erica Spindler. She won "AudioFile" Earphones Awards for her readings of Susan Wilson's "The Dog Who Danced "and Chelsea Cain's "Kill You Twice. "

“A suspenseful story of buried secrets and the tales that long-dead men can tell, The Night Season comes alive from Christina Delaine’s stellar narrative performance. Highly recommended for anyone who enjoys listening to a good, spine-chilling mystery.” – The Midwest Book Review

“…Christine Delaine’s inspired interpretation of the ditsy, self-effacing, surprisingly professional reporter and intuitive sleuth. Her sotto voce, monotone Archie, is on the money, too. He sounds as if he’s still a long way from recovering from the mental and physical damage caused by Lowell.”–Publishers Weekly

“Christina Delaine’s expert portrayal of the lead female character is spot on…Delaine also does a credible job with the lead male character, Archie…He has been badly injured, and Delaine rises to the challenge of giving voice to his damaged throat and developing pneumonia…the overall tension, humor, and pathos remain strong.” – AudioFile Magazine

Praise for the hardcover edition of The Night Season

“Superb…Cain pinned readers to their seats with a unique mix of horror, black humor, and psychological tension. This time she adds another arrow to her narrative quiver: the interplay between landscape and mood…. Terrifying.”
—Booklist (starred review)

“She’s the most twisted—and most beautiful—serial killer on the planet, and she’s back.… It’s not to be missed.”
—USA Today

“You have to hand it to Cain, who’s made the serial-killer genre a thoroughly female-friendly experience.… [She] churns stomachs with a delicate touch.”
—The New York Times Book Review

“We’ve been down Hannibal Lecter Avenue many times, and these two books shouldn’t work...but they do. Chalk it up to excellent writing and Cain’s ferocious sense of humor.”
—Stephen King, Entertainment Weekly

“The forces that conspired to make Cain’s Heartsick a bestselling page-turner last year have reunited in its sequel.... With her preternatural grasp of pacing and ability to create vivid characters with astonishing economy, Cain expertly drives her narrative.”
—Los Angeles Times

This feature require that you enable JavaScript in your browser.
END_OF_DOCUMENT_TOKEN_TO_BE_REPLACED

END_OF_DOCUMENT_TOKEN_TO_BE_REPLACED

This feature require that you enable JavaScript in your browser.
END_OF_DOCUMENT_TOKEN_TO_BE_REPLACED