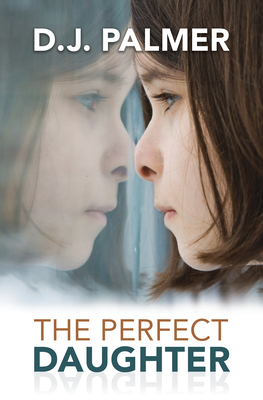 The Perfect Daughter is a thriller that explores the truth or lies behind a teenage girl's multiple personality disorder, from D.J. Palmer, the author of The New Husband.

Grace never dreamt she'd visit her teenaged daughter Penny in the locked ward of a decaying state psychiatric hospital, charged with a shocking and brutal murder. There was not much question of her daughter's guilt. Police had her fingerprints on the murder weapon and the victim's blood on her body and clothes. But they didn't have a motive. Grace blames herself, because that's what mothers do--they look at their choices and wonder, what if? But hindsight offers little more than the chance for regret. None of this was conceivable the day Penny came into her life. Then, it seemed like a miracle. Penny was found abandoned, with a mysterious past, and it felt like fate brought Penny to her, and her husband Arthur. But as she grew, Penny's actions grew more disturbing, and different personalities emerged. Arthur and Grace took Penny to different psychiatrists, until one diagnosed a severe multiple personality disorder. As Penny awaits trial in a state mental hospital, she is treated by Dr. Mitchell McHugh, a psychiatrist battling demons of his own. Grace's determination to understand the why behind her daughter's terrible crime fuels Mitch's resolve to help the Francone family. Together, they set out in search of the truth about Penny, but discover instead a shocking hidden history of secrets, lies, and betrayals that put all their lives in grave danger.

D.J. Palmer is the author of numerous critically acclaimed suspense novels, including Delirious and Desperate. After receiving his master's degree from Boston University, he spent a decade as an e-commerce pioneer before turning his attention to writing. He lives with his wife and two children in New Hampshire where he is currently at work on his next novel.

This feature require that you enable JavaScript in your browser.
END_OF_DOCUMENT_TOKEN_TO_BE_REPLACED

END_OF_DOCUMENT_TOKEN_TO_BE_REPLACED

This feature require that you enable JavaScript in your browser.
END_OF_DOCUMENT_TOKEN_TO_BE_REPLACED