The Antidote: Inside the World of New Pharma (Compact Disc) 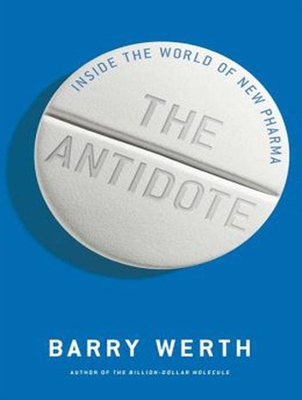 By Barry Werth, Sean Pratt (Narrated by)
$44.99
Not in-stock currently- expect arrival in 1-14 business days
(This book cannot be returned.)

In 1989, the charismatic Joshua Boger left Merck, then America's most admired business, to found a drug company that would challenge industry giants and transform health care. Barry Werth described the company's tumultuous early days during the AIDS crisis in The Billion-Dollar Molecule, a celebrated classic of science and business journalism. Now he returns to tell a riveting story of Vertex's bold endurance and eventual success. The $325-billion-a-year pharmaceutical business is America's toughest and one of its most profitable. It is riskier and more rigorous at just about every stage than any other business, from the towering biological uncertainties inherent in its mission to treat disease; to the 30-to-1 failure rate in bringing out a successful medicine even after a molecule clears all the hurdles to get to human testing; to the multibillion-dollar cost of ramping up a successful product; to operating in the world's most regulated industry, matched only by nuclear power. Werth captures the full scope of Vertex's twenty-five-year drive to deliver breakthrough medicines. At a time when America struggles to maintain its innovative edge, The Antidote is a powerful inside look at one of the most intriguing and important business stories of recent decades.

Barry Werth is an award-winning journalist and the acclaimed author of five books, including "The Billion-Dollar Molecule," which was selected as one of "Fortune"'s "75 Smartest Books We Know."

Sean Pratt (AEA/SAG/AFTRA) has been a working professional actor for twenty-five years. He has been an audiobook narrator for seventeen years, has recorded over 700 books in almost every genre, and has received eight "AudioFile" magazine Earphones Awards and four Audie Award nominations from the Audio Publishers Association.

This feature require that you enable JavaScript in your browser.
END_OF_DOCUMENT_TOKEN_TO_BE_REPLACED

END_OF_DOCUMENT_TOKEN_TO_BE_REPLACED

This feature require that you enable JavaScript in your browser.
END_OF_DOCUMENT_TOKEN_TO_BE_REPLACED