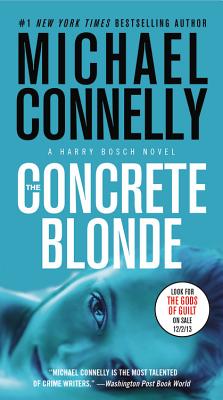 This is book number 3 in the A Harry Bosch Novel series.

Detective Harry Bosch was sure he'd shot the serial killer responsible for a string of murders in LA . . . but now, a new crime makes him question his convictions.
They call him the Dollmaker, a serial killer who stalks Los Angeles and leaves a grisly calling card on the faces of his female victims. When a suspect is shot by Detective Harry Bosch, everyone believes the city's nightmare is over. But then the dead man's widow sues Harry and the LAPD for killing the wrong man--an accusation that rings terrifyingly true when a new corpse is found with the Dollmaker's macabre signature. Now, for the second time, Harry must hunt down a ruthless death-dealer before he strikes again. Careening through a blood-tracked quest, Harry will go from the hard edges of the L.A. night to the last place he ever wanted to go--the darkness of his own heart...

MichaelConnelly is the author of thirty-seven previous novels, including #1 NewYorkTimes bestsellers Desert Star, TheDarkHours, and The Law of Innocence. His books, which include the Harry Bosch series, the Lincoln Lawyer series, and the Renée Ballard series, have sold more than eighty million copies worldwide. Connelly is a former newspaper reporter who has won numerous awards for his journalism and his novels. He is the executive producer of three television series: Bosch, Bosch:Legacy, and TheLincolnLawyer. He spends his time in California and Florida.

This feature require that you enable JavaScript in your browser.
END_OF_DOCUMENT_TOKEN_TO_BE_REPLACED

END_OF_DOCUMENT_TOKEN_TO_BE_REPLACED

This feature require that you enable JavaScript in your browser.
END_OF_DOCUMENT_TOKEN_TO_BE_REPLACED