The Ghost of One's Self: Doppelgangers in Mystery, Horror and Science Fiction Films (Paperback) 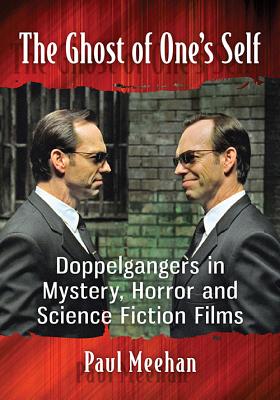 By Paul Meehan
Email or call for price

For millennia people have held folk beliefs about the existence of the doppelganger--double walker in German--a look-alike second self that is often the antithesis of one's identity and is usually considered an omen of misfortune or death. The theme of the double has inspired works by E.T.A. Hoffmann, Poe, de Maupassant, Dostoevsky and others, and has been the basis for many classic mystery, horror and science fiction movies. This critical survey examines the double in more than 100 films by such acclaimed directors as Alfred Hitchcock, Mario Bava, Roger Corman, David Cronenberg, George Romero, Fritz Lang, James Cameron, Robert Siodmak, Don Siegel, John Frankenheimer, Terry Gilliam, Brian De Palma and Roman Polanski.

Paul Meehan is the author of several books on science fiction, film noir and horror films, and a contributor to the Noir City Sentinel, the journal of the Film Noir Foundation and to The Palgraves Handbook of the Vampire. He lives in San Francisco.

This feature require that you enable JavaScript in your browser.
END_OF_DOCUMENT_TOKEN_TO_BE_REPLACED

END_OF_DOCUMENT_TOKEN_TO_BE_REPLACED

This feature require that you enable JavaScript in your browser.
END_OF_DOCUMENT_TOKEN_TO_BE_REPLACED