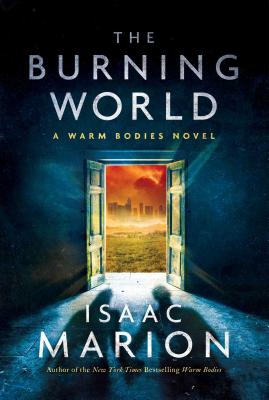 By Isaac Marion
Email or call for price
Hard to Find

This is book number 2 in the The Warm Bodies Series series.

“Poignant and poetic...brings zombie lit back from the dead.” —The Stranger

Being alive is hard. Being human is harder. But since his recent recovery from death, R is making progress. He’s learning how to read, how to speak, maybe even how to love, and the city’s undead population is showing signs of life. R can almost imagine a future with Julie, this girl who restarted his heart—building a new world from the ashes of the old one.

And then helicopters appear on the horizon. Someone is coming to restore order. To silence all this noise. To return things to the way they were, the good old days of stability and control and the strong eating the weak. The plague is ancient and ambitious, and the Dead were never its only weapon.

How do you fight an enemy that’s in everyone? Can the world ever really change? With their home overrun by madmen, R, Julie, and their ragged group of refugees plunge into the otherworldly wastelands of America in search of answers. But there are some answers R doesn’t want to find. A past life, an old shadow, crawling up from the basement.

Isaac Marion grew up in the mossy depths of the Pacific Northwest, where he worked as a heating installer, a security guard, and a visitation supervisor for foster children before publishing his debut novel in 2010. Warm Bodies became a #5 New York Times bestseller and inspired a major Hollywood film adaptation. It has been translated into twenty-five languages worldwide. Isaac lives in Seattle with his cat and a beloved cactus, writing fiction and music, and taking pictures of everything. Visit IsaacMarion.com for more on these endeavors.

"Marion has ambitiously expanded on his original idea, offering a dramatic amount of mythology and worldbuilding."
— Kirkus Reviews

"Isaac Marion's writing is as dazzling as the first time, if not more."
— Fresh Fiction

"The Burning World is both a tale of action and harrowing adventure, and a richly imagined philosophical exploration."
— The Bellingham Herald