A View From Within (Paperback) 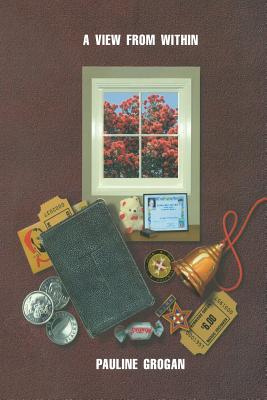 By Pauline Grogan
$10.00
Not in-stock currently- expect arrival in 1-14 business days
(This book cannot be returned.)

For 44 years James Lynch lay in Tauranga hospital NZ, paralysed, without speech and totally dependent. He was the longest hospital-stay patient in NZ history. He was visited by celebrities and ordinary people alike and formed lasting relationships with many. This is the story of one of those relationships- a poignant portrayal of the close bond developed over seventeen years James was visited by the author. Pauline Grogan tells James' story with sensitivity and love. It is an absorbing tale of how a seriously disabled man was able to come to terms with his paralysed body and experience a fullness of life. As Pauline discovered he was able to help many others to move past the constraints of their lives to a greater fullness than would otherwise have been possible. Pauline Grogan's book "Beyond the Veil" becomes entwined with that of James Lynch in this sequel. Boston based Author Robert Waldron says, "A View from Within" is one of the most spiritual memories I have ever read. James Lynch was indeed paralysed for most of his life but in reading about it I feel I have walked with a luminous spirit - one who, by acceptance of suffering, transcended it.

Pauline is one of 10 children born in NZ into a family immersed in Irish Catholicism. Her ability to re- invent herself continues to inspire NZ audiences. Her 12 years a Catholic nun ended with abuse within the Church. She went on to marry and have four children. Pauline was plunged into the world of disability when her 10 year old child suffered a brain haemorrhage and stroke but it led her to research the impact of Trauma on Siblings and to become an Inspirational keynote Speaker. After 35 years in Education Pauline studied to become a Marriage and Funeral Celebrant often taking ceremonies and celebrations for her ex-students and their families. Her first book, Beyond the Veil" was controversial because it exposed sexual abuse within the Church. Her second book, "A View From Within" tells the story of NZ's longest ever hospital stay patient who lay 44 years in the same ward. He was totally paralysed, without speech and highly intelligent. He inspired Pauline to move forward and as a way to honour him she wrote his story. At age 60 Pauline's life was produced as a One woman Theatre play, called "500 Letters" directed by an ex student. Despite no formal training on the stage, Pauline wrote the script and acted her own life in 56 theatres around NZ to excellent reviews. Pauline has recently launched a new career as a singer song writer. She bases her songs on true stories from her life. S"he encourages her audiences to participate in the choruses and plans to continue to inspire and encourage people through story and song. In 2010 Pauline was honoured by her local community as "North Shore Woman of the Year." In 2012 Pauline received the Rotary "Paul Harris Fellow" award.

This feature require that you enable JavaScript in your browser.
END_OF_DOCUMENT_TOKEN_TO_BE_REPLACED

END_OF_DOCUMENT_TOKEN_TO_BE_REPLACED

This feature require that you enable JavaScript in your browser.
END_OF_DOCUMENT_TOKEN_TO_BE_REPLACED