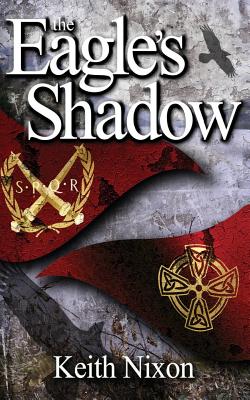 One man stands against the might of the Roman Empire. His name is Caradoc. In Rome a new Emperor, Claudius, accedes the throne. But he is politically weak, enemies who would take his place circle and plot. If he is to survive Claudius needs a triumph, one that marks him as a leader of men. Claudius's eye turns to the mysterious isle of Britannia, home of the supernatural Druids and brutal, wild-eyed warriors, reputed to fight naked. The place not even Julius Caesar could conquer. AD43 and a massive invasion force, commanded by Aulus Plautius, lands on a tiny corner of Britannia. Caradoc, King of the country's most powerful tribe, assembles an army to throw his enemy back over the water and into Gaul. But divisions are rife and there are those who are secretly working with the Romans for their own benefit. The very future of the country is at risk and only one man can safeguard it... Praise for Keith Nixon's Work 'With a brilliant cast of madcap characters strapped tightly in, THE FIX hurtles along at a cracking pace. A hugely enjoyable debut novel from Keith Nixon.' Ian Ayris, author of Abide With Me 'Moves faster than a speeding bullet. Can't wait for more from Keith Nixon.' Tony Black, author of The Last Tiger Cool, creative and downright crude, THE FIX will get your heart pumping.' Gerard Brennan, author of FIREPROOF 'Sharply observed, fast paced. Hard as a knuckleduster.' Richard Godwin, author of Apostle Rising 'A blast from first page to the last, this high-octane debut takes aim at the corporate world and is fast, furious and a lot of fun. If there's a knack to writing dark comedy, Nixon surely has it.' Nick Quantrill, author of The Late Greats 'Keith Nixon delivers big fun in a tightly woven package.' Josh Stallings, author of Beautiful, Naked and Dead 'The Fix is a gritty, multi-layered novel which features a glorious mix of characters - all with that great human quality of being flawed and unique. Nixon's writing is what really makes this stand out. A fast-paced and quite excellent debut novel. ' Luca Veste, author of Dead Gone

Keith Nixon has been writing since he was a child. In fact some of his friends (& his wife) say he's never really grown up. Keith is currently gainfully employed in a senior sales role meaning he gets to use his one skill, talking. Keith writes crime and historical fiction novels. He is published by Caffeine Nights. Keith also reviews books for Crime Fiction Lover and Al's Books & Pals blog. Find him on Twittter (@knntom), Facebook his blog (keithnixonauthor@blogspot.com) and Goodreads.

This feature require that you enable JavaScript in your browser.
END_OF_DOCUMENT_TOKEN_TO_BE_REPLACED

END_OF_DOCUMENT_TOKEN_TO_BE_REPLACED

This feature require that you enable JavaScript in your browser.
END_OF_DOCUMENT_TOKEN_TO_BE_REPLACED