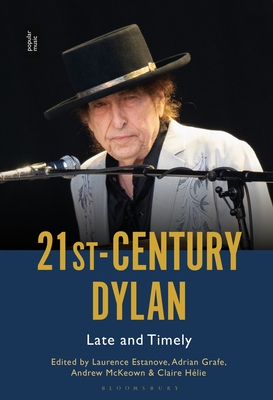 Bob Dylan has constantly reinvented the persona known as "Bob Dylan," renewing the performance possibilities inherent in his songs, from acoustic folk, to electric rock and a late, hybrid style which even hints at so-called world music and Latin American tones. Then in 2016, his achievements outside of performance - as a songwriter - were acknowledged when he was awarded the Nobel Literature Prize. Dylan has never ceased to broaden the range of his creative identity, taking in painting, film, acting and prose writing, as well as advertising and even own-brand commercial production. The book highlights how Dylan has brought his persona(e) to different art forms and cultural arenas, and how they in turn have also created these personae.

This volume consists of multidisciplinary essays written by cultural historians, musicologists, literary academics and film experts, including contributions by critics Christopher Ricks and Nina Goss. Together, the essays reveal Dylan's continuing artistic development and self-fashioning, as well as the making of a certain legitimized Dylan through critical and public recognition in the new millennium.

This feature require that you enable JavaScript in your browser.
END_OF_DOCUMENT_TOKEN_TO_BE_REPLACED

END_OF_DOCUMENT_TOKEN_TO_BE_REPLACED

This feature require that you enable JavaScript in your browser.
END_OF_DOCUMENT_TOKEN_TO_BE_REPLACED