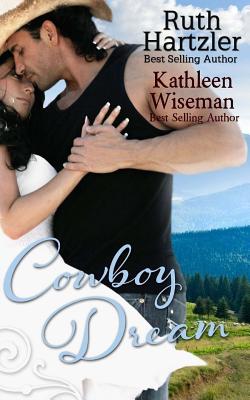 By Kathleen Wiseman, Ruth Hartzler
$12.99
Email or call for price.

Ruth Hartzler Ruth Hartzler's father was from generations of what people refer to as "Closed Open" or "Gospel Hall" Brethren. Ruth's mother, a Southern Baptist, had years of struggle adapting to the cultural differences, and always cut her hair, which was a continual concern to Ruth's father's family. Ruth was raised strictly Brethren and from birth attended three meetings every Sunday at the Gospel Hall, the Wednesday night meeting, and the yearly "Conference," until she left the Brethren at the age of twenty one. Ruth still has close friends in the Brethren, as well as the Amish, both groups descending from Anabaptists. Ruth's family had electricity, but not television, radio, or magazines, and they had plain cars. Make up, bright or fashionable clothes, and hair cutting were not permitted for women. Women had to wear hats in meetings (what others would call church meetings) but not elsewhere. The word "church" was never used and there were no bishops or ministers. All baptized men were able to speak (preach, or give out a hymn) spontaneously at meetings. Musical instruments were forbidden, with the exception of the traditional pump organ which was allowed only if played in the home for hymn music. Even so, singing of hymns in accompaniment was forbidden. Ruth Hartzler is a widow with one adult child and two grandchildren. She lives alone with her Yorkshire Terrier and two cats. She is a retired middle school teacher and enjoys quilting, reading, and writing. Kathleen Wiseman. Kathleen Wiseman is an editor turned #1 Best-selling Christian romance author. Kathleen started the #cleanromance hashtag on Twitter some years ago. She has a major in Latin, which at the time she thought would be useless, but it helped her to write the #1 Best-selling historical (and historically accurate) Christian romance, Romans, which was set in Pompeii at the time of the volcanic eruption. Kathleen spends her free time with her husband and girls, and has two cute poodles, a mother and daughter which Kathleen adopted from a rescue shelter. Kathleen enjoys reading and writing clean romance, quilting, and gardening.

This feature require that you enable JavaScript in your browser.
END_OF_DOCUMENT_TOKEN_TO_BE_REPLACED

END_OF_DOCUMENT_TOKEN_TO_BE_REPLACED

This feature require that you enable JavaScript in your browser.
END_OF_DOCUMENT_TOKEN_TO_BE_REPLACED