Tisha: The Wonderful True Love Story of a Young Teacher in the Alaskan Wilderness (Paperback) 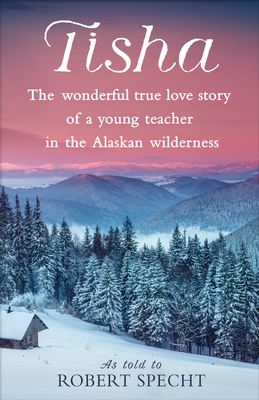 The beloved real-life story of a woman in the Alaskan wilderness, the children she taught, and the man she loved.

“From the time I’d been a girl, I’d been thrilled with the idea of living on a frontier. So when I was offered the job of teaching school in a gold-mining settlement called Chicken, I accepted right away.”

Anne Hobbs was only nineteen in 1927 when she came to harsh and beautiful Alaska. Running a ramshackle schoolhouse would expose her to more than just the elements. After she allowed Native American children into her class and fell in love with a half-Inuit man, she would learn the meanings of prejudice and perseverance, irrational hatred and unconditional love. “People get as mean as the weather,” she discovered, but they were also capable of great good.

As told to Robert Specht, Anne Hobbs’s true story has captivated generations of readers. Now this beautiful new edition is available to inspire many more.

“The memoir reads like an old-fashioned novel, a heartwarming love story with the added interest of frontier hardships and vividly portrayed characters.”—Publishers Weekly

Robert Specht was born and brought up in New York City. A late starter, he graduated from CCNY at the age of thirty-two after winning top awards in both short story and essay competitions. Soon afterward he headed for California, where he became an editor in the Los Angeles offices of a major book publishing firm. It was then that he met the heroine of this book and became fascinated with her story. Not until years later, however, after he became a freelance writer, was he able to sit down and devote his full energies to writing it.

“The memoir reads like an old-fashioned novel, a heartwarming love story with the added interest of frontier hardships and vividly portrayed characters.”—Publishers Weekly

This feature require that you enable JavaScript in your browser.
END_OF_DOCUMENT_TOKEN_TO_BE_REPLACED

END_OF_DOCUMENT_TOKEN_TO_BE_REPLACED

This feature require that you enable JavaScript in your browser.
END_OF_DOCUMENT_TOKEN_TO_BE_REPLACED