The Hunt of the Unicorn (Paperback) 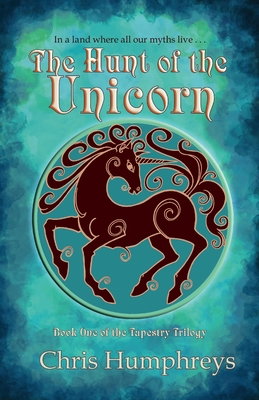 THE UNICORN TAPESTRIES IN NEW YORK are a medieval masterpiece-
and a mystery. No one knows who wove them, who for, or when.
Elayne knows . . . kinda. At least, she's been told by her father that their ancestor wove them. Not only that, he left a doorway in the tapestries which opens onto Goloth, the Land of the Fabulous Beasts. She doesn't believe any of it-until, on a class trip to the museum, she is summoned through the tapestries by Moonspill. A real, live unicorn.

Moonspill and her weaver-ancestor had made a pact: that if either of them were desperate, they (or their descendants) would come to the other's aid. Moonspill's mate is about to be slaughtered in the arena by a tyrant king. He needs a maiden to tame him so he can enter the world of man and free her.

Elayne knows nothing about taming-she barely passed calculus But through some extreme adventures in that magical land she realizes something: if human myths are true in Goloth, why not the one where a unicorn can cure all poisons-including the cancer in her father's blood?

Attacked by a griffin, befriended by a talking snake, pursued by a lecherous king, Elayne must somehow find the skills and the courage she needs to save the two beings she loves most in either world: her father and her unicorn....