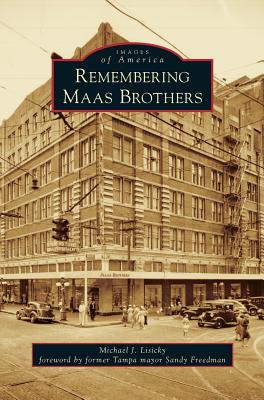 Maas Brothers opened in 1886, and for more than 100 years it was the commercial and social hub for generations of Tampa Bay shoppers. From its historic downtown Tampa store, to its sleek St. Petersburg location, to branches throughout central and west Florida (in cities like Lakeland, Sarasota, and Clearwater), Maas Brothers was a Florida Suncoast institution. The department store was known and respected for its casual and quality merchandise, fashion shows, popular in-store restaurants that featured its signature cinnamon twists, and countless traditions. A founding unit of the Allied Stores Corporation, Maas Brothers became one of the company's most profitable divisions. For most of its existence, the department store faced little competition throughout its trading area, but Maas Brothers fell victim to department store industry changes in the 1980s. It was combined with Miami's Jordan Marsh division in 1987 but gradually lost its identity. In 1991, the Maas Brothers name, along with many of its downtown locations, became a part of Tampa Bay history.

This feature require that you enable JavaScript in your browser.
END_OF_DOCUMENT_TOKEN_TO_BE_REPLACED

END_OF_DOCUMENT_TOKEN_TO_BE_REPLACED

This feature require that you enable JavaScript in your browser.
END_OF_DOCUMENT_TOKEN_TO_BE_REPLACED