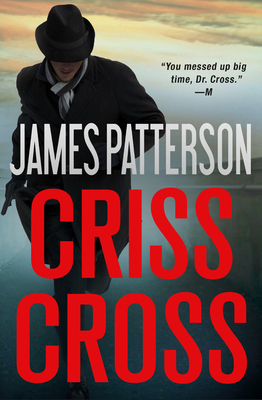 This is book number 25 in the Alex Cross series.

When a mysterious serial killer known as "M" launches a deranged "investigation", Alex Cross and his partner must unearth long-forgotten secrets to survive -- or risk getting buried themselves.
In a Virginia penitentiary, Alex Cross and his partner, John Sampson, witness the execution of a killer they helped convict. Hours later, they are called to the scene of a copycat crime. A note signed "M" rests on the corpse. "You messed up big time, Dr. Cross."
Was an innocent man just put to death? Alex soon realizes he may have much to answer for, as "M" lures the detective out of the capital to the sites of multiple homicides, all marked with distressingly familiar details -- details that conjure up decades-old cases. Details that conjure up Cross family secrets. Details that make clear that M is after a prize so dear that -- were the killer to attain it -- Alex's heart would no longer have reason to beat.

James Patterson is the world's bestselling author and most trusted storyteller. He has created many enduring fictional characters and series, including Alex Cross, the Women's Murder Club, Michael Bennett, Maximum Ride, Middle School, and I Funny. Among his notable literary collaborations are The President Is Missing, with President Bill Clinton, and the Max Einstein series, produced in partnership with the Albert Einstein Estate. Patterson's writing career is characterized by a single mission: to prove that there is no such thing as a person who "doesn't like to read," only people who haven't found the right book. He's given over three million books to schoolkids and the military, donated more than seventy million dollars to support education, and endowed over five thousand college scholarships for teachers. The National Book Foundation recently presented Patterson with the Literarian Award for Outstanding Service to the American Literary Community, and he is also the recipient of an Edgar Award and six Emmy Awards. He lives in Florida with his family.

This feature require that you enable JavaScript in your browser.
END_OF_DOCUMENT_TOKEN_TO_BE_REPLACED

END_OF_DOCUMENT_TOKEN_TO_BE_REPLACED

This feature require that you enable JavaScript in your browser.
END_OF_DOCUMENT_TOKEN_TO_BE_REPLACED